(Editor’s note: Fred Whittaker and Ron Skillern, two Holocaust studies teachers at St. Francis Assisi Catholic School in Louisville and the VAMPY program for gifted teens at Western Kentucky University respectively, are currently in Poland touring sites of the Shoah with Classrooms Without Borders. They have agreed to blog for Community, sending back text, photos and videos of their experiences.)

Fred Whitaker shares observations from his visit to the historic Warsaw Jewish Cemetery at the outset of his trip:


Ron Skillern reflects on his visit to the Polin Museum in Warsaw, which tells the 1,000-year-old story of Jews in Poland:


A remnant of the Warsaw Ghetto wall: 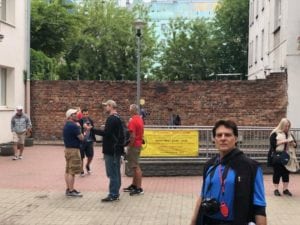 Fred Whittaker in front of part of the ghetto wall. Today, as during the war, sections of the wall can be found between apartment buildings, both which serving as the barrier that kept Jews imprisoned. 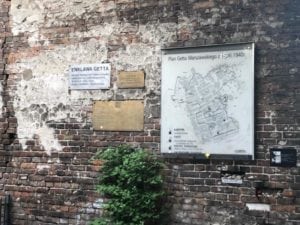 Visitors to the wall leave rocks and roses in memory of the victims. To the right, an affixed map shows the boundaries of the ghetto. 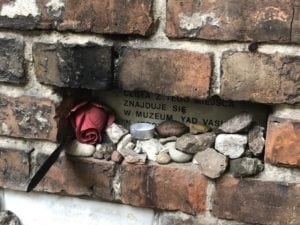 A closeup of the notch in the wall where remembrances are left. 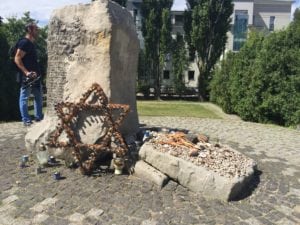 The memorial to the ghetto fighters at Mila 18 Street.