Time for Transformation:
Thriving in the Winter of COVID Workshop

This series of eight virtual events is designed to help us to thrive in the Winter of Covid. Presenters include Harry Pickens, Fred Whittaker, Pat Sturtzel, and moderator Jeffrey Jamner.

These sessions will take place on various Thursdays at 7 PM during the months of January through April. During this winter of isolation, we will gather virtually to explore self-compassion, creative journaling, fabric art, listening with compassion, and envisioning what we want for ourselves, our community, and the world in the post-pandemic world.  We will also participate in the creation of a group art piece called “New Beginnings” which will depict a sunrise.

This program is open to all adults (and families at their parents’ discretion) and will approach personal and community transformation through a Jewish lens.

The title of the art piece that we are commissioning “New Beginnings” is a reference to Bereshit (בְּרֵאשִׁית‎) which opens Genesis. “In the beginning” there was chaos, and the catalyst for all that followed in the creation of the world was the Lord saying words. We, too, will put our thoughts to words through journaling, through sharing and receiving of stories, and through group discussions.

Our goal is that participants will look back at this time as something more than a winter of isolation during a time of pandemic and social upheaval. We will be able to say that we accomplished something positive during this time that helped us through that time and made us more prepared to carry on the work of Tikkun Olam (repairing the world).

Sessions will take place on Zoom on the following Thursdays at 7-8:15 PM:

Participants will receive two fabric art kits: (1) Design & Assemble your new Journal, and (2) Sewing dark fabric and light fabric for the New Beginnings Quilt which will be assembled and designed by Pat Sturtzel.

All sessions will be recorded for registered participants who cannot attend every session. 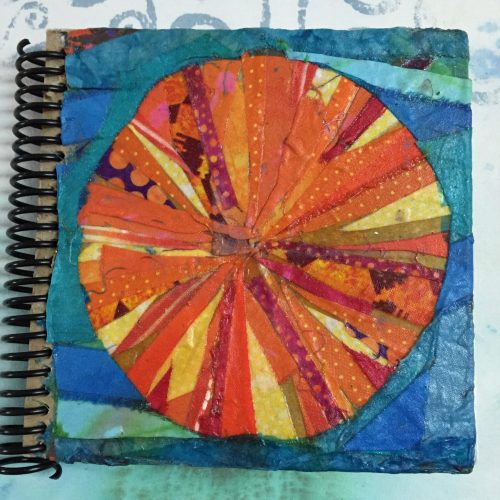 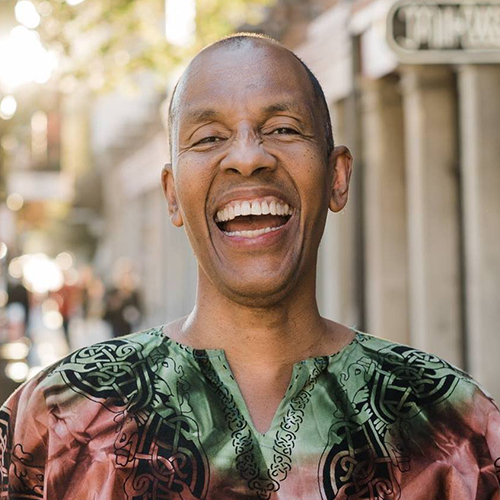 Harry Pickens’ life mission is to bring joy, lovingkindness, compassion and wisdom wherever her goes. His most meaningful accomplishment thus far is caring for his aging mother by himself, in his home, as dementia slowly ravaged her mind and body. Through this eight-and-a-half-year ‘boot camp for the soul’, Harry learned how to persevere, let go of vocation, future, expectations, and old priorities, remember what really matters, give his everything — mind, body, heart, soul —  with no hope of personal gain, fully embrace the miracle of the present moment, and navigate heartbreak, grief, gratitude and grace — all at the same time. Since her passing in November 2019, Harry has been rising like the archetypal Phoenix into a new life at the ripe young age of 60. 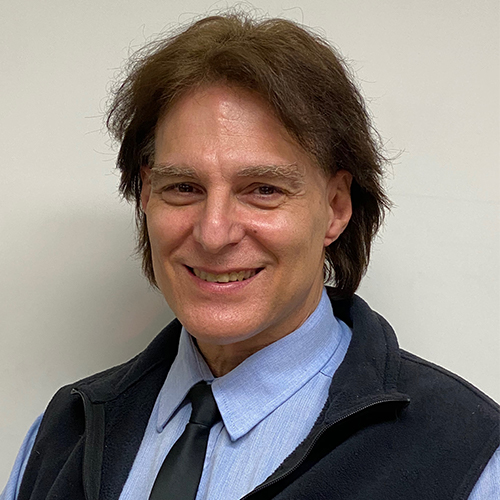 Fred Whittaker has been a science, religion, and Holocaust educator in the Archdiocese of Louisville for the past 18 years. It is within these roles that he has had opportunity to create a wide variety of educational and experiential programming for his students and for the community. At the heart of all of his educational efforts has been the attempt to create opportunities for his students to take ownership of the great powers which they have have to bring justice peace and loving kindness into the world. Amongst Mr. Whittaker‘s proudest achievements is the creation of compassion development programming for his students. Participating  students evolve the skills required for listening compassionately to the stories of others and responding in ways which can bring hope and healing into the world. Nothing has been more satisfying professionally however then the success of  his 13 year long journey to create Legislation which would mandate Holocaust education in Kentucky. That effort paid off with the passage of the Ernie Marx Ann Klein and Fred Gross Holocaust education act in 2018. 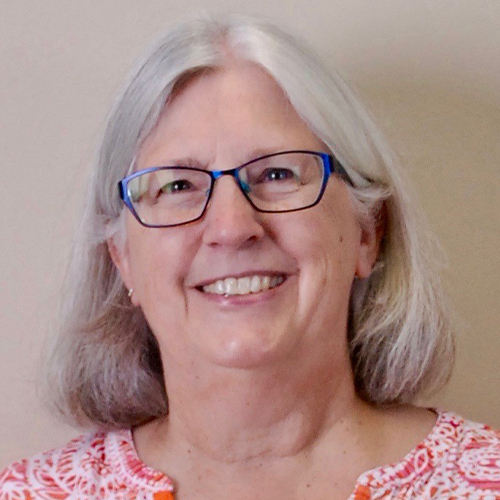 Pat Sturtzel has been facilitating fabric projects with others for over 30 years, starting in her children’s classrooms to create quilts for school auctions.  After a mid-life career change and earring a Master’s Degree in Expressive Therapy in 2002, Pat has worked with a variety of populations facilitating art projects with all ages. For the past 10 years, she has primarily worked through the Kentucky Center’s Arts Thrive Program (Arts in Healing) mostly working with Veterans, Adults in recovery from substance abuse and older adults in assisted living facilities. When possible, she includes fabric projects, adapting processes to be accessible to people of all ability levels.
In her own work, Pat starts with white fabric, dyeing it, printing on it, stitching pieces together, adding embroidery and quilting.  Working with a theme –  colors, shapes, designs are chosen to express feelings and emotions in a different way than words.  Many of these processes are used with the groups she works with, creating one of a kind art works. 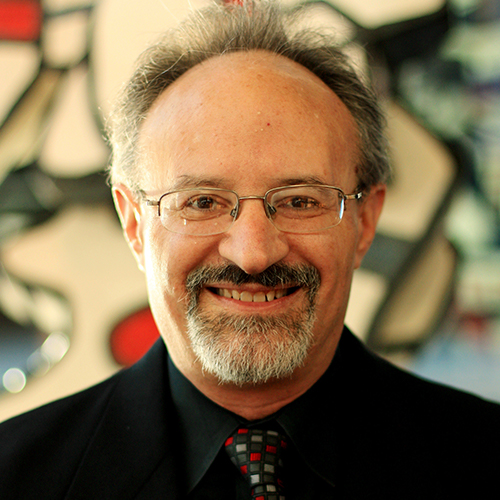 Jeffrey Jamner has been directing education programs at Kentucky Performing Arts (formerly The Kentucky Center for the Arts) for 22 years.  For the next six months, Jeff will join the staff at the J as Creative Consultant for Arts & Ideas, and will also assist Matt Goldberg in various projects including chairing the Yom Ha’Shoah planning committee.

In his work at Kentucky Performing Arts, Jeff has helped to initiate, design, partner, and implement several new programs including Arts Academies (statewide professional development in the arts for teachers in partnership with The Kentucky Dept of Education), Gheen Great Expectations (high profile young artists in performances and community/school residencies in Louisville, World Rhythms Cultural Marketplace, and Bearing Witness Anne Frank Project (in partnership with Brown University’s ArtsLiteracy Project).  He has also helped to sustain, maintain, and guide the evolution of several long-term education programs and respond to changing educational needs.  As an arts educator and arts education administrator, Jeff has presented at national and regional conferences.  He has also served as a consultant for the Kentucky Arts Council’s Kentucky Peer Advisory Network (KPAN), providing consulting services to Lexington Ballet, Owensboro Dance Theatre, and Appalatin to further develop their arts education programs.

Prior to coming to The Kentucky Center, Jeff worked in educational outreach at the Manhattan School of Music, and was Founding Artistic Director and Executive Director of Concorde: The Chamber Music Society of Westport in Connecticut.

In addition to his career in Arts Education, Jeff is a concert pianist and piano teacher.  He currently teaches at the Louisville Academy of Music, and has previously taught at the University of Louisville School of Music and at the East-West International Music Festival in Altenburg, Germany.  Jeff received his Bachelor of Music degree from Mannes College of Music, his Master of Music degree in Piano Performance and Piano Pedagogy from the University of Louisville, and his Doctor of Music degree in Piano Performance at the Manhattan School of Music. He has studied with some of the most prominent music teachers in the country including Lee Luvisi, Paul Schenly, Jerome Lowenthal, Artur Balsam, and Jeannette Haien. Jeff has also studied and performed in numerous music festivals including The Music Academy of the West in Santa Barbara, Kneisel Hall in Blue Hill, Maine, Round Top Festival in Texas, and as faculty member of the East West International Music Festival in Altenburg, Germany.

He has performed with The Louisville Orchestra on several occasions, as well as with the West Virginia Symphony, Yonkers Philharmonic, and Manhattan Chamber Sinfonia.  His chamber music career is quite extensive, with performances at Merkin Concert Hall in New York City, the Phillips Collection in Washington, D.C., and several guest appearances with The Kentucky Center Chamber Players. He has several recordings on Capstone and Centaur labels. He has performed chamber music with such notable artists as Jinjoo Cho, Mihai Marica, Tai Murray, Todd Palmer, Mayuki Fukuhara, Sara Louise
Callaway, Megumi Ohkubo, and his wife, flutist Margaret Jamner.

Last year, Jeff’s dual careers came together in an educational program called Juliek’s Violin, as part of the Violins of Hope.  Over 200 students in Bomhard Theatre heard Jeff perform and share family stories leading up to a duet between Elie Wiesel’s poetic words and Beethoven performed on a Violin of Hope by Sara Callaway.  This program was filmed by KET and can be seen (in three parts) on PBS Learning Media: https://tn.pbslearningmedia.org/collection/julieks-violin/.  He also co-developed teacher support materials to go along with the videos.

Jeff’s six-month position at The J as Creative Consultant for Arts & Ideas was made possible through a grant from the Jewish Heritage Fund for Excellence.