We have three payment options: pay in full, two equal payments, and a four payment option. Please keep in mind that because of KY state sales tax, you will be charged the following: 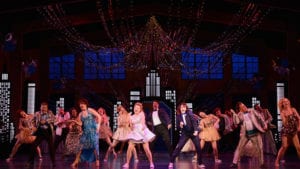 Broadway narcissists-turned-activists take over a middle-American town to help a lesbian teen who just wants to bring her date to the prom. But with a tuneful score, a playful book, and performances that remind you what Broadway heart and chutzpah are all about, this cause celebre of a show turns out to be a joyous, funny, and sweet production that should appeal to several generations of musical fans. -Frank Rizzo, Variety

There’s no business like getting into other people’s business!
See the next hit from Broadway’s Musical Comedy Dream Team – the geniuses behind The Book of Mormon, Aladdin, The Drowsy Chaperone, Elf, Mean Girls…must we go on? 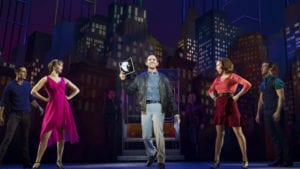 Based on the 1982 movie with Dustin Hoffman you know and love, this updated rom-com musical is making it’s way to Broadway from Chicago in March. We have the tickets! With rave reviews, an upbeat, jazzy score and amazing dance numbers, it’s sure to be the next hit!