The goal of the Trager Family JCC Gators Swim Team is to encourage the development of boys and girls in swimming by giving them the opportunity to develop and improve their skills through dual meets and practice. 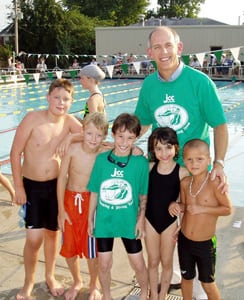 THE J GATORS SWIM & DIVE TEAM IS PROUDLY AND GENEROUSLY SPONSORED BY: Perelmuter and Goldberg Orthodontics

NEW TO THE GATORS OR NOT A MEMBER OF TRAGER FAMILY JCC?

Contact Johnny Kimberlin before signing up at jkimberlin@jewishlouisville.org or 502-238-2742.

Graduated from the University of Southern Illinois in 2016.
Attended DuPont Manual High School in Louisville, KY, from 2008-2012.

Kiley swam for the JCC Gators from the age of 5 until the age of 13. Swam for the Louisville Tarpons from age 10 to age 11. Moved to the Lakeside Seahawks, a Gold Medal Swim Club in Louisville, from age 11 to age 17. While there became a USA Swimming State Champion and Sectional Finalist, specializing in sprint freestyle and backstroke. She also swam for DuPont Manual High School and was the team captain for the 2011-2012 season. Kiley is a member of the Girls’ High School State Championship Team in 2009 & 2012, and Combined State Championship Team from 2009 – 2012. In college, she swam on scholarship for Southern Illinois University (SIU), from 2012-2016. SIU won the 2016 Women’s Missouri Valley Swimming Championship (MVC) and was also, a Missouri Valley Scholar-Athlete in 2014, 2015 & 2016. Kiley also worked at The J teaching swimming lessons and has helped with stroke clinics for the Lakeside Seahawks.