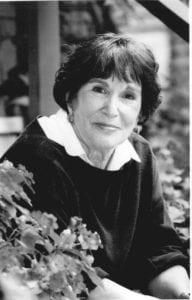 (Editor’s note: This is a revised version of an earlier story, including — in bold — the time, date and place for a celebration of Post’s life.)