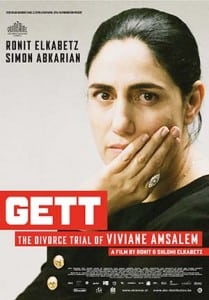 Gett: The Trial of Viviane Amsalem

Saturday, March 7, 7:30 p.m.
The Temple
Winner of the Israeli Film Academy’s Ophir Award for Best Picture in 2014, one of five nominated foreign films for the Golden Globes award and Israel’s nomination for best foreign film for the Academy Awards.

An Israeli woman seeking to finalize a divorce (gett) from her estranged husband finds herself effectively put on trial by her country’s religious marriage laws. In Israel, there is neither civil marriage nor civil divorce: both must be conducted by Orthodox rabbis, with the husband’s consent. Viviane Amsalem has been applying for a divorce for three years but her religiously devout husband continually refuses her.
French, Hebrew and Arabic
Purchase Tickets 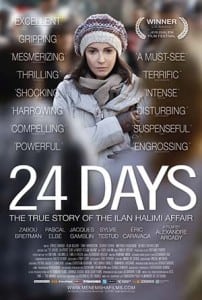 Thursday, March 12, 7 p.m.
Village 8 Theaters
Lia award Jerusalem Film Festival – This gripping thriller tells the true story of the kidnapping of Ilan Halimi in a Paris suburb by a gang expecting to collect a huge ransom due to their assumption that all Jews have money. Based on the book by Ilan’s mother, the film follows the police as they investigate the crime while clinging to their belief that the victim’s religion had nothing to do with his abduction, despite evidence to the contrary. Adult situations.
French
Purchase Tickets 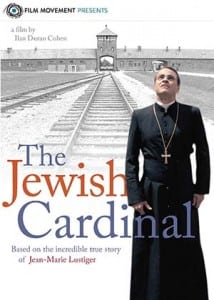 Sunday, March 15, 2 p.m.
Village 8 Theaters
A drama based on the true story of Jean-Marie Lustiger, the son of Polish Jewish immigrants, who maintained his cultural identity as a Jew while converting to Catholicism at a young age and later joining the priesthood. Lustiger is appointed Archbishop of Paris by Pope John Paul II and finds a new platform to celebrate his dual identity as a Catholic Jew, earning him both friends and enemies. When Carmelite nuns try to build a convent within Auschwitz, where his mother died, Lustiger finds himself a reluctant mediator. The film swept honors and awards in France last year.
French
Purchase Tickets 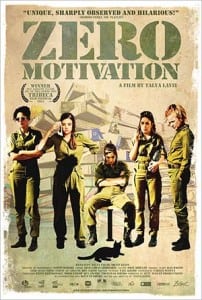 Sunday, March 15, 7 p.m.
Village 8 Theaters
9 nominations Israel Academy 2014 Ophir Awards, including Best Picture
This zany, cynical comedy is a satirical look at the lives of three young women doing mandatory service in the Israeli Army. A huge hit in Israel, the film revolves around a unit of female Israeli soldiers, bored spending their days in a rural base and disgusted by the chauvinist male officers. Their biggest battles are against their commanders or the men who treat them badly, and the only guns they fire are staple guns. – Contains nudity.
Hebrew
Purchase Tickets

Several years ago, I had the opportunity to work in hospice in Philadelphia. One of the most tragic and painful things to which I bore witness was the number of people who had no access to health insurance. As a …

Asked about a book that had inspired my life and my work as a scholar, one volume that immediately came to mind was Arthur Hertzberg’s The French Enlightenment and the Jews, published in 1968. In this book, Hertzberg argues that the …

In Israel, Sayed Kashua is a well-known novelist, newspaper columnist and writer and creator of the popular television series Arab Labor. Drawing on his own experiences, he draws attention to the challenges facing minority groups in Israel, particularly Arab or …