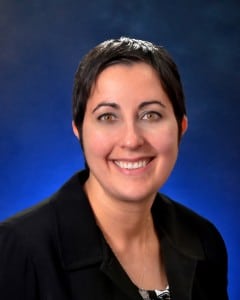 Every week, I write an email to all of Jewish Hospital, Frazier Rehab, along with all of the Jewish Medical Centers and Jewish Hospital Shelbyville, and several other members of the Catholic Health Initiatives family, reflecting on the Torah Portion of the week, and using this as an opportunity to help bring Judaism to life for all of the Jewish community’s extended family.

Given the many changes that were announced recently, I am very grateful to Sara Wagner for being willing to share today’s email with all of you. Jewish Hospital is part of the Jewish community, and as such, each of you is equally invested in its future, just as each of you is central to its roots and founding. As such, I thought my reflection might be meaningful:

Parshat Emor (Leviticus 21:1-24:23) contains this biblical commandment: “Six days shall work be done. But the seventh day is a Sabbath of solemn rest, a calling of holiness; you shall do no work. It is a Sabbath to the Holy One in all your dwellings (Lev. 23:15)”.

Rabbinic tradition explains that this commandment is actually two commandments: the obligation to work and the obligation to rest. In essence, it is a commandment to observe balance. In our rushed world, we rarely stop and take a deep breath. Often, we react too quickly and make assumptions, responding from fear or projection, rather than allowing reality to simply be. If we try to fight what is meant to be, we may wind up creating problems that were not even there. The idea of letting go of control, if only for one day, can be terrifying for many. And yet, by letting go, we learn the deeper lesson of trust and faith. We may think that we know how things are supposed to be, but if we can take a step back, and breathe, we may find out that what is meant to be is entirely different than what we think ought to be.

Recently, a chaplain at Our Lady of Peace shared with me an insight that she often shares with the teens with whom she works, and which seems especially powerful today: “When it seems like everything is going to pieces, perhaps all that is really happening is that everything is falling into place.” Our vantage point and perspective is biased by what we know, and even further shaped by what we do not know. The unknown can seem scary, but it may be filled with more blessings than we can imagine.

The restructuring of KentuckyOne Health has been announced, and while the commitment to maintain the healing mission of Jewish Hospital and Frazier Rehab remains unwavering, the details of our future are not yet clear. What is certain is that, contrary to some misinformed media communications, there are no plans to close Jewish Hospital and Frazier Rehab. What is also certain is that each one of us is likely to respond to this message of change, shaped by our own personal and previous experiences of change.

Therefore, some of us may be hopeful for the future, while others are terrified, and still others are angry that we have no control. Possibly, they are even angry that we did not anticipate this change. These reactions reflect our own unique personalities and dynamics.

One of the messages that I personally draw from Parshat Emor is that, rather than react immediately, it is important to take a step back, stop, breathe and allow ourselves to trust. I trust in the One whose power is greater than all human power. I trust in the amazing caregivers and leaders who are part of our team.

I trust in the miracles that I witness every day here at Jewish Hospital and Frazier Rehab. I trust in the ways in which my life experience has repeatedly reminded me of the wise words of Chaplain Jan: “When it seems like everything is going to pieces, perhaps all that is really happening is that everything is falling into place.”

May we allow ourselves time to stop and breathe. When we find ourselves reacting or responding with fear rather than faith, let us take a step back and remind ourselves that we cannot know the future. May it yield blessings beyond what we can imagine.

I would like to conclude this week’s reflection with the following parable:

Long ago, in a village in northern China, there lived a man who owned a magnificent horse. So beautiful was this horse that people came from miles around just to admire it. They told him he was blessed to own such a horse.

“Perhaps,” he said. “But what seems like a blessing may be a curse.”

One day, the horse ran off. It was gone. People came to say how sorry they were for his bad luck.

“Perhaps,” he said. “But what seems like a curse may be a blessing.”

A few weeks later, the horse returned. It was not alone. It was followed by 21 wild horses. By the law of the land, they became his property. He was rich with horses. His neighbors came to congratulate him on his good fortune.

“Truly,” they said, “you have been blessed.”

A week later, the king came through that village, drafting every able-bodied young man for a war against the people of the north. It was a horrible war. Everyone who went from that village was killed. Only that man’s son survived, because of his broken leg.