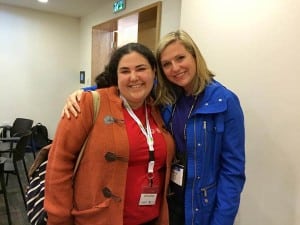 A trip to Israel can be educational, inspiring and life-changing. When CenterStage Development and Outreach Manager Lenae McKee Price participated in the JCC Association’s Israel Enhancement program in early February, it proved to be all that and more. She came back to energized and full of ideas about how to incorporate more about Israel into many aspects of programming at Louisville’s Jewish Community Center.

As the only non-Jewish participant in the mission, Price brought a unique perspective, and the other participants “were delighted that our JCC was forward-thinking enough to send someone non-Jewish for this program,” she said. “I didn’t come with the cultural background and preconceived notions” of many of the others and “I was one of only three people who had never been to Israel before.”

Designed to teach JCC staffers about Israel and ways to incorporate Israel into programming, this was not a sightseeing trip. Participants were busy from 8 a.m.-10 p.m. every day and Price brought home nine pages of notes about ideas for programs that could be implemented in Louisville.

She’d like to see some Israeli breakfast events at the JCC and an Israel exhibit that can be changed regularly and moved to different locations in the building. She also would like to help develop a presentation about Israel that can be tailored to the needs and interests of different groups like seniors, BBYOers, staff, Board members and others. This presentation would help increase understanding of the many facets of Israeli life and amazing things that are happening in the country.

Another possibility is to create a “Learn While You Burn” program to take advantage of the new high tech exercise equipment at the JCC to offer Israel programming and Hebrew language instruction to members as they work out. 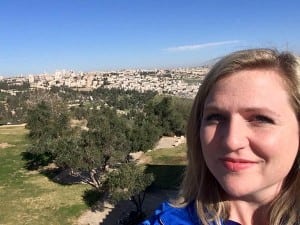 Based on what she had read and heard before her trip, Price expected to see desert, bomb shelters and crumbling buildings, but found a very different place with a lot to see and felt totally safe the entire time.

During a visit to Sderot, the town in Southern Israel next to Gaza that is frequently the target of missile attacks, she visited the Peace Wall. She described it as “a giant wall with a mural. People are taking small pieces of concrete and plastering them to the wall with messages.”

This art project lets the children experience art while distracting them from the harsh realities of daily life and giving them an outlet to express their feelings. The Iron Dome protects Israel cities and towns from sophisticated, powerful missiles, Price explained, but most of the munitions launched against Sderto are low tech projectiles – PVC pipe bombs.

When a launch is detected, a tzeva adom (code red) warning is sounded and people have 10 seconds to seek safety. Living next to Gaza, she explained, is not stopping them from living full lives.

In her travels through the country, Price always felt safe. She was also impressed with the landscape. “It was nothing like I expected,” she said. “there were gorgeous, beautiful desert landscapes juxtaposed with lush countryside.

“The West Bank was interesting,” she continued. “We could see the Green Line … because Israel has made such progress in planting new trees. It speaks to their innovation. They are making the land as vibrant as possible.” The Green Line is a political and geographic boundary that defined the State of Israel prior to the 1967 war. Today, it is also a visible green line thanks to the hundreds of thousands of trees that have been planted within Israel’s boundaries.

Price described the Jacob Blaustein Institute for Desert Research at Ben Gurion University as amazing. “They showed us all the experiments the scientists are doing” that result in advances in cosmetics, food production, water conservation and architecture. That facility attracts people from all over the world, and, she added, “it is the only desert research center in a desert.”

Visiting the Western Wall for Shabbat services impressed Price. “It was a most powerful experience to see every kind of human being and hear every language. To see quiet prayer to singing and dancing spoke of the diversity of Israel from religious perspective. There were people who were as conservative as can be to people like me that just want to coexist.”

Another program that impressed her was the Lone Soldier program that provides emotional support and surrogate family connections for those serving in the IDF who have no family in Israel. This group also includes soldiers whose families are very religious and oppose their service so strenuously that they disown their children who chose to go into the IDF.

Tel Aviv, Price said, “is like New York City meets Miami Beach. Tel Aviv is a Jewish city, and yet it is more diverse than any place I’ve ever been.”

The group spent time in Jerusalem at the Ministry of Foreign Affairs, where they talked with Israeli leaders about Israel’s image in the world. “They showed us some videos they produced to see if we would want and would be comfortable showing them.” The Israelis also sought the visitors’ opinions about Israel’s image among North Americans.

Partnership2Gether was also a big part of the seminar.

Prior to this trip, Price struggled with Israel and all of its complexities, the negative publicity and its troubling image. After a week in Israel, seeing the country’s wonders, learning about its history, feeling its spirituality and discussing its complexity, she discovered a land with which she can associate and of which she can be proud.

She brought back to Louisville an enthusiasm and excitement that she is eager to share.

This trip was subsidized by the JCCA. 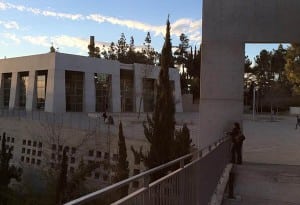 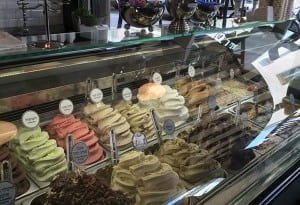 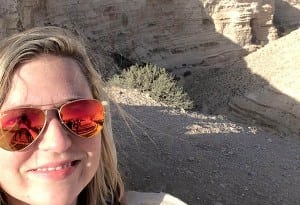 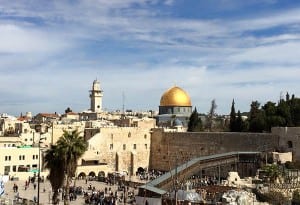 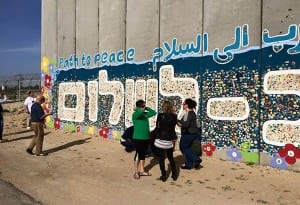 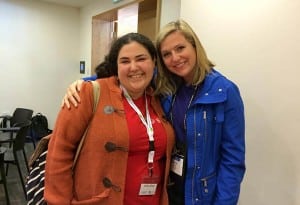 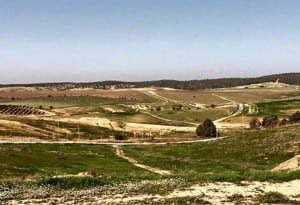 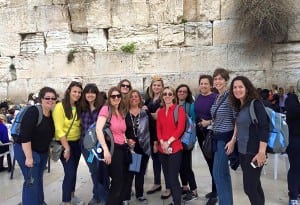 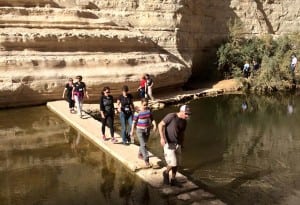 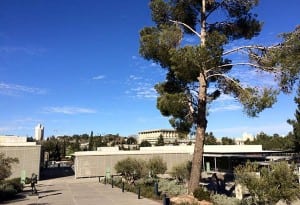 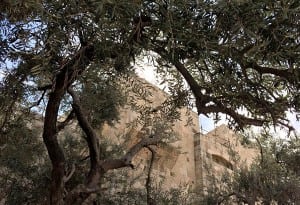 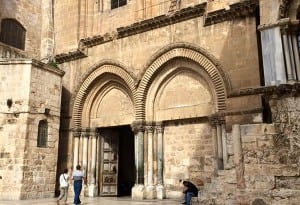 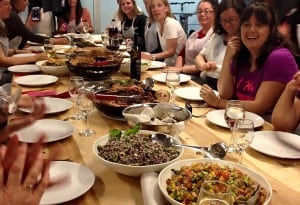 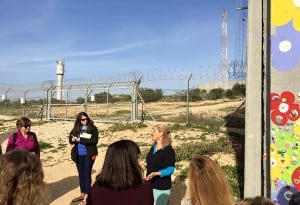 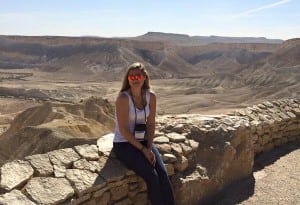 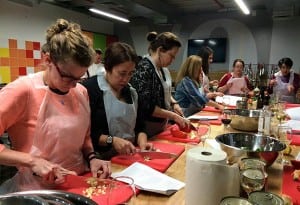 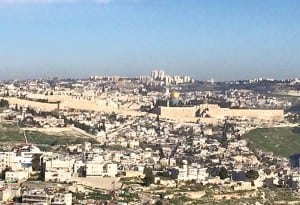 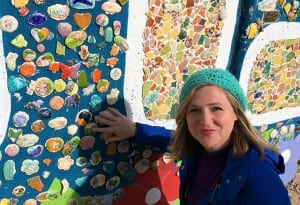 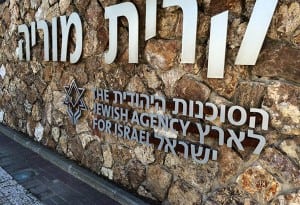 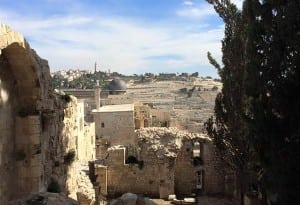 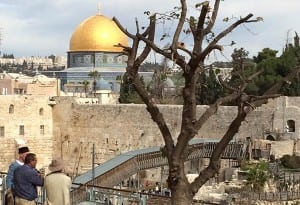 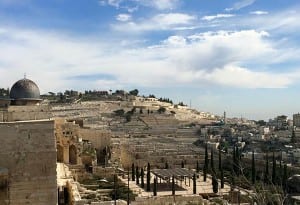 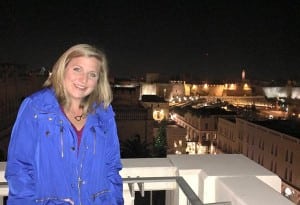 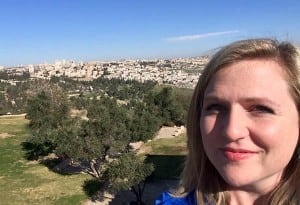 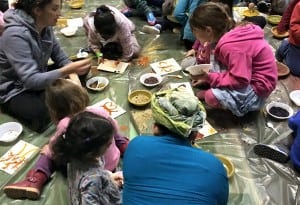 Pesach has always been my favorite holiday: family, friends, food, ritual and stories. And as a teacher, I’ve always found that Pesach provides the model for the best and worst in Jewish education. The Haggadah and the Seder experience provide …

On, Saturday, April 25, a devastating 7.8 magnitude earthquake struck Nepal, leaving an enormous human tragedy in its wake. Latest numbers suggest over 3,000 people have been killed and thousands more injured. According to the United Nations, the death toll …