Gov. Matt Bevin signed an anti-BDS executive order on November 15, making Kentucky the 26th state to prohibit state agencies from doing business, to some degree, with vendors who engage in a boycott of Israel. Ron Dermer, Israel’s ambassador to the United States, spoke at the signing ceremony, which took place in the rotunda of the Capitol in Frankfort. More than 60 people – Jews and Christians – attended the event. (photos by Samuel Martin) 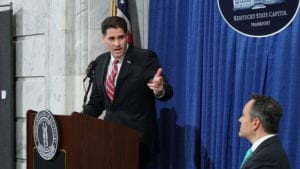 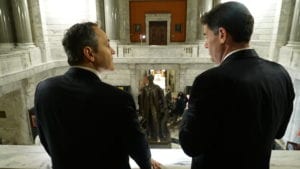 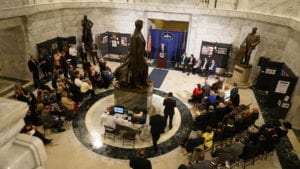