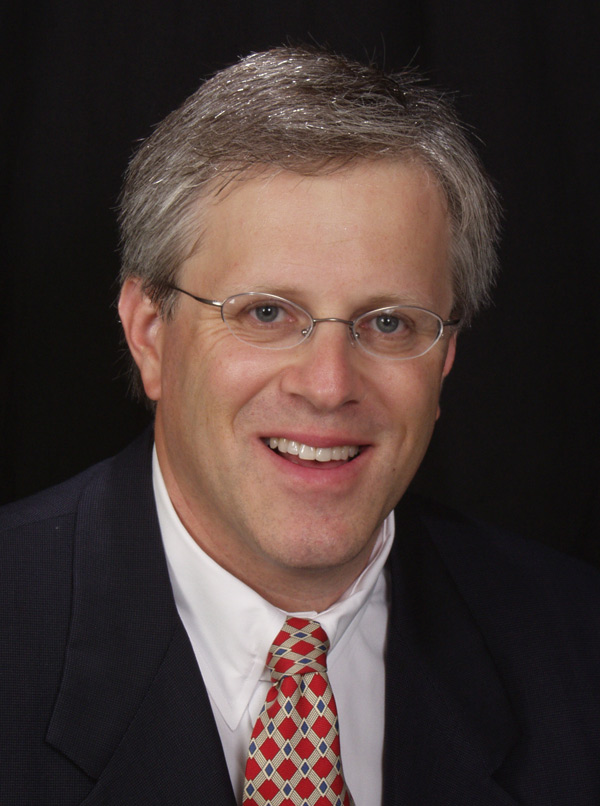 Peter Resnik, incoming chairperson of the JCL’s Jewish Foundation Endowment Committee, is both a thinker and a doer – an unbeatable combination of talents that should take the newly reorganized committee to the next level. With his broad community engagement over the years, the Foundation leadership is confident he is the right man for the job at the right time.

Among the reasons Resnik says he agreed to chair the Foundation group is what he considers “the overwhelmingly strong committee of experienced, active community members who also agreed to serve.” He looks forward to working with them as they seek to enhance the strength of our community.

“I believe that endowments and the Foundation are critical to the long-term future of our Jewish community l’dor vador,” says Resnik. “Our focus will be on continuing to ensure overall high integrity for the fundraising, management and distribution of the endowed funds. As a committee, we will be working with the Jewish Community of Louisville (JCL) professional staff to develop marketing materials that will resonate our message, our mission and our objectives to the community. We also want to reemphasize that there are unique ways to fund endowments that bring value to the donor (in the form of supplemental tax advantages, investments, use of funds) and to the JCL.”

Being involved in community began early on for Resnik, a New Haven, CT, native, who was president of the B’nai Jacob Synagogue’s United Synagogue Youth Chapter in high school.

Leadership was a given in his family: his mother was a BBYO advisor and was active in NCJW locally and on the national level and his father was a synagogue officer. The Jewish community also afforded him the opportunities to make several unexpected Louisville connections. He met former Adath Jeshurun cantor, Marshall Portnoy, whose family were members of B’nai Jacob. As a youngster, he made connections at Connecticut’s Camp Laurelwood, where over the years Jerry Abramson was a counselor, Stanley Miles was the rabbi, Reva Shenker was a head counselor and Keith Sherman was a fellow camper.

At Ohio’s Kenyon College, Resnik led campus-wide Seders that were huge events hosted for students, faculty, families and, he says, “many Christians.” Now an active alumnus of the college, he served as a two-year chairman of the college’s Annual Fundraising Campaign.

He earned an MBA from Emory University and, despite offers from companies along the northeast corridor, he chose to join Capital Holding (now Aegon) in Louisville in 1986. While there, he earned professional designations as a CPA (Certified Public Accountant) and CFA (Chartered Financial Analyst). He has also worked with ARM Financial Group and with Humana in launching new ventures and turning around problem operations – and has been involved in independent consulting since 2001 in strategic planning, corporate development and finance, and operations.

Since moving to Louisville, Resnik has been involved in a number of community activities. A member of Congregation Adath Jeshurun, he has served the Jewish community both in volunteer and professional capacities. He became active with the Jewish Community Federation (now the JCL) and served as board treasurer, finance chairman and member of the executive committee and the endowment committee.

He participated in two Young Leadership Missions to Israel and three Washington Conferences, chaired the Young Men’s Division of the Annual Campaign, co-chaired Super Sunday and served recently as subcommittee chair of the Strategic Planning Committee.

Currently, he serves as board member of Jewish Family and Career Services. Most notable in our Jewish community is that Resnik served professionally as Interim CEO of the Louisville Jewish Community Center for six months in 2003 and in the same capacity at the Cincinnati JCC for nine months in 2008-9. He is a past recipient of the Lewis Cole Young Leadership Award.

Resnik is a graduate of Leadership Louisville and was recognized by Business First in their “Forty under 40” listing. He is on the planning committee of the Idea Festival. In his professional life, he is managing director of Tocqueville Ventures, LLC, an investment and advisory firm, serves as Chief Operating Officer of BellaNovus Development Company, a medical device start-up, and as Operational Director of Blue Equity.

He and his wife, Lisa, were married in 1996. She is Chief Operating Officer of the Speed Art Museum. They have three sons, Alex, who is 12, Eli, almost nine, and Zachary, who is seven.

The Jewish Community Center of Louisville announced it is honored to accept a 2012 Jack and Eleanor Borden Memorial Kosher Meal Fund Grant from the Meals On Wheels Association of America (MOWAA). The JCC’s Senior Adult Nutrition Program  received $1,000 …

In times of disaster, the Jewish community was, is, and always will be among the first to offer help, as evidenced by the response to the tornadoes that ripped through southern Indiana and Kentucky on March 2, killing 13 people, …

[by Shiela Steinman Wallace] The Jewish Community of Louisville is serious about improving the programs and services it offers and its accountability to the community. To accomplish this, the agency is turning to its national parent agencies – the Jewish …