A crowd of over 300 people turned out at The Temple for the Louisville Jewish Film Festival’s encore event on Sunday, March 30. As a prelude to the live local performance by the Israel Philharmonic Orchestra at the Kentucky Center for the Arts on April 1, this final event of the 2014 Film Festival focused on the founding of that group as well as the local group, the Kling Orchestra.

The evening started out with a brief tribute to Kling Orchestra founder and long-time music director Louis Moseson for his many years of service to the group. Moseson recently turned 90.

The Kling Chamber Orchestra is an all-volunteer, community chamber orchestra with 20 members who have been playing in Louisville for 35 years. The Orchestra was named for Arthur Kling, whose idea it was to establish the group.

The highlight of the evening was the film, Orchestra of Exiles, which documents how the Israel Philharmonic arose out of the flames of the Holocaust.

The film tells how one man, Bronislaw Huberman, used his resourcefulness to rescue 70 of the world’s greatest musicians from Nazi Germany. In spite of resistance, Huberman succeeded in creating one of the world’s greatest orchestras. This film contains interviews with Zubin Mehta, Itzhak Perlman, Pinchas Zukerman, Joshua Bell and others as well as selections performed by the Israel Philharmonic.

The Louisville Jewish Film Festival is a program of the Jewish Community Center. Keiley Castor is chair of the Film Festival Committee and Marsha Bornstein is the Festival director. 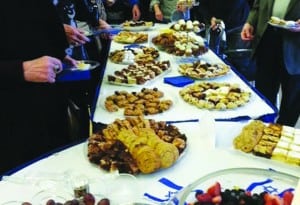 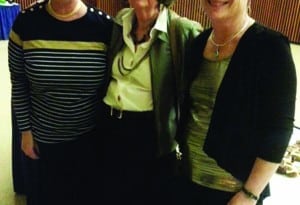 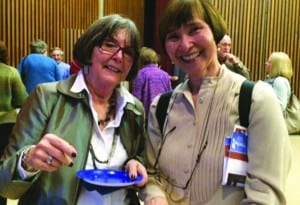 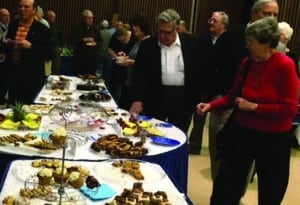 (See full event photo gallery at the end of this article) When Paula Shoyer came to Louisville for the Jewish Federation’s Uniquely Jewish Baking event, there was a buzz of activity and excitement. In the afternoon, nearly 20 people crowded …

Often, around the time of Yom HaShoah, Holocaust Commemoration Day, Community has printed the stories of survivors and their families. In addition to the survivors stories, we must also take time to remember the liberators – the soldiers who liberated …

It started in November with peaceful protests against government actions to strengthen political ties with Russia instead of the European Union. It snowballed over the next few months into violent confrontations between police and protestors, resulting in dozens dead, hundreds …