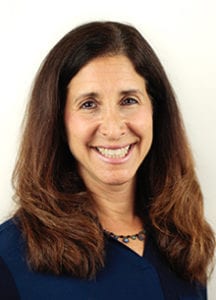 New faces at The J
Joanie Lustig has been hired as The J’s engagement and overseas manager.
In her position, she will work on The Federation’s philanthropy team and lead the Jewish Women Renaissance Project’s next Louisville mission to Israel from Dec. 7-18.
“I hope to get enhanced engagement and participation from all aspects of the Jewish community,” Lustig said.
A Louisville native, Lustig is a graduate of Tulane and Northwestern universities, having studied political science at the former and earning her MBA at the latter.
She worked in physician recruitment at KentuckyOne Health for 20 years before transitioning into the real estate business.
She is married to Craig Lustig. The couple, who belong to Adath Jeshurun, have four children and a son-in-law: Julia (Mike), Jonathan, Rebecca and Jillian.
In another personnel addition, The J has hired Amy Stephen as its new member services director.
Stephen moved to Louisville less than a year ago. Prior to that, she was the director of operations and group fitness at the Desoto Athletic Club in Mississippi. 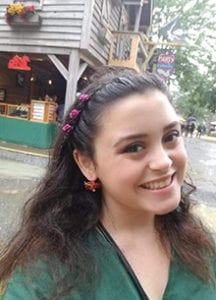 Hanks to teach in Mongolia
Siera Hanks, of Louisville, a 2018 Brown Fellow graduate of Centre College, has been awarded a Fulbright English Teaching Assistant Grant to teach in Ulaanbaatar, Mongolia, for 10 months. She begins in August.
An international relations major at Centre, Hanks will teach college level English at Ulaanbaatar, the capital and largest city in Mongolia.
Hanks, 23, has long been interested in Mongolian culture and the history of the Mongol Empire.
Though there is little, if any, Jewish presence in the country today, Hanks said the empire influenced Jewish life in Asia.
“There are a lot of interesting stories about Jewish migration east during the Pax Mongolica (a period of stability made possible by the empire in the 13th and 14th centuries),” Hanks said, “and so that’s where you get the Jews that live in Kaifeng [China] today and some of the Jewish trade along the Silk Road.”
This won’t be Hanks’ first time in Asia. She has also traveled in Japan, Thailand, Myanmar, Singapore and Bhutan.
Bolstered by new skills, appreciations and personal connections, she hopes to begin graduate study when she returns home next year.
Hanks is the daughter of Leslie and Eric Hanks, sister of Kaden Hanks and granddaughter of Brenda and the late Karmen Bush. 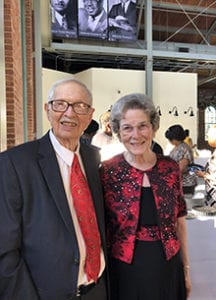 AARP honors couple at event
A.W. and Caroline Rosenthal were among the
19 nominees for AARP Kentucky’s Annual Real Possibilities Faith Awards on Thursday, June 27.
The honor is presented to senior citizens who make a difference through their volunteer work at their churches, synagogues or other institutions.
The Rosenthals, who are members of Temple Shalom, were nominated for their volunteer work at the synagogue.
The awards were presented during a ceremony at the Kentucky Heritage Center for African American Heritage. AARP also used the event to generate a petition to cut prescription drug prices – a major issue for senior citizens.

Hand-carved yad takes prize at fair
A hand-carved yad, which is used to read Torah, won a blue ribbon at the recent Bullitt County Fair.
Mike Phelps, a member of Temple Shalom, made the yad – a pointer traditionally shaped like a hand that is used to follow the weekly Torah portion on the scroll itself.
He made the yad from a cedar tree that was cut down next to the synagogue.

Greenberg starts grandparenting website
Ruth Greenberg, a retired University of Louisville medical school administrator, recently launched grandparenting-today.com, a website devoted to grandparenting in the 21st century.
Grandparents can learn from experts, review recent research, ask for advice and post their own stories about the joys and challenges they face as grandparents.
Previously, Greenberg blogged for Community on the same subject.

Mikveh Fund renamed for Jack Czerkiewicz
The Louisville Vaad has decided to rename the fund that supports the Community Mikveh for its past president, Jack Czerkiewicz.
The name change was announced following the Vaad’s July 14 BBQ Picnic at The J Pavillion, which drew more than 100 people and raised at least $1,000 for the Jack Czerkiewicz Mikveh Fund.
Jake Wishnia thanked Harriet Frankel Firkins and Sheila Lynch, for their work on the picnic, and the community for supporting the event.
“We had good vibes back from those attending,” he said. “They even made the comments that it would be great to have this every year.”