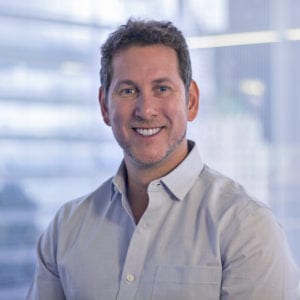 Louisville native garners biz paper plaudit
A Jewish Louisville native was named this summer to the Crain’s Chicago Business Fast 50 2018 List – a who’s who for the Windy City’s fastest growing companies.
Brad Weisberg, 38, is the founder and CEO of Snapsheet, a mobile platform that processes auto claims more efficiently. He ranked third on the list.
Weisberg got the idea in 2010 when, after having a fender bender, he got three estimates from three body shops in what he called a “super-frustrating and time-consuming process” – no transparency and no tech support.
So he started Snapsheet which this year alone, will processes more than 600,000 claims.
The company also works with more than 70 insurance companies, employs more than 500 people and has raised nearly $45 million in venture capital.
“Not bad for a Jewish kid from Louisville,” Weisberg quipped.
Best yet, users need not travel from one body shop to the next. The whole process can be done at home on a smart device.
Next up for Snapsheet is the insurance payment business. Weisberg is starting a new platform – Snapsheet Transactions – which he calls “the PayPal for insurance payments.” He’s also selling his technology globally. 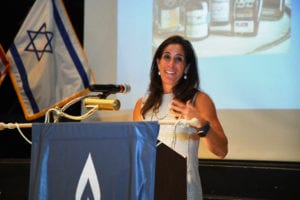 Latts wins coveted honor from Bourbon group
Kate Shapira Latts, vice president of marketing for Heaven Hill Brands, received the Fifth Annual Lois Mateus Networking Award Aug. 24 from Bourbon Women and the Kentucky Distillers’ Association (KDA), according to the trade publication The Bourbon Review.
Latts was recognized for her “thoughtful leadership and meaningful contributions to Kentucky’s signature Bourbon and spirits industry,” according to the publication. The award is presented in conjunction with the KDA.
Lois Mateus, for whom the award is named, is a retired senior vice president of Brown-Forman Inc., and the first woman ever to serve on the KDA Board of Directors.
“I’m honored to be recognized as one of this great industry’s female pioneers,” Latts was reported as saying. “Lois’s vision and leadership have been an inspiration for so many amazing women helping further the artistry of bourbon whiskey.” 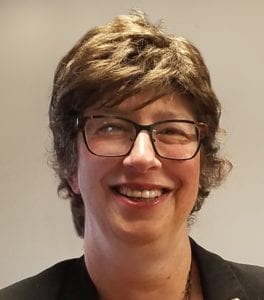 CNPE honors Tiell
Judy Freundlich Tiell, executive director of the Jewish Family & Career Services, will receive the Lifetime Achievement Award from the Center for Nonprofit Excellence during the CNPE’s October 9 Pyramid Awards Luncheon at the Marriott Hotel.
Tiell is retiring from the JFCS at the end of the years following many years of service. (See story, page 4.)
The Pyramid Awards celebrate contributions by nonprofit honorees in the areas of collaboration, governance, inclusion, leadership, social innovation and vision.
Networking begins at noon with the luncheon itself to follow at 12:30pm. Tickets are $85. Email sstalker@cnpe.org for reservations or to sponsor a full table. 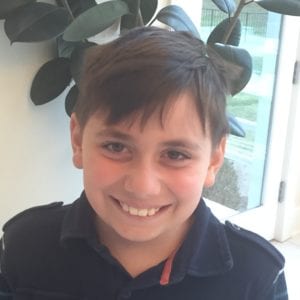 Teen honored for
PSAT performance
David Kaplan, a sixth grade student from Louisville Collegiate School, is among the students being honored by the Duke University Talent Identification Program (Duke TIP) for their exceptional scores on the PSAT 8/9.
David, now 12 (he was 11 when he took the test), is a seventh grader at Collegiate, having skipped a grade. He is the son of Vadim and Faina Kaplan.
Duke TIP’s 4th–6th Grade Talent Search identifies students across the nation who have scored at or above the 95th percentile on a grade-level standardized test.
As part of the program, the students are invited to take an above-level standardized test, the PSAT 8/9, to learn more about their abilities. Duke TIP then hosts annual recognition ceremonies to honor the students who scored the highest. Of 9,635 students who took the PSAT 8/9 through Duke TIP – all of whom are in the 95th percentile of their grade level – 791 will be invited to one of the ceremonies.
Working with host academic institutions, Duke TIP sponsors more than 30 ceremonies in 16 states throughout April, May and June each year. Speakers include university administrators and professors from the host institutions, state and government officials, and accomplished former Duke TIP students.