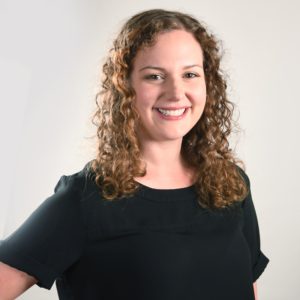 J staffer pursues Jewish
professional degree
Katelyn Graves, youth program manager at The J, is working toward a Master of Arts degree in the Jewish Professional Studies Program at Spertus Institute of Jewish Learning and Leadership.
Graves, who began the program last year, has taken courses in Jewish studies for the communal professional, American Jewish life, the role of Israel in Jewish life and the aesthetics of Jewish life. “These courses have given me knowledge and background to better the Jewish programing that I do with the Youth Department at The J,” she said.
Graves is part of the Midwest Cohort at Spertus, which is based in Chicago. The cohorts consist of students who also are full-time Jewish career professionals. Other members of her cohort are a synagogue president, Hillel professionals and Jewish Federation employees from different communities.
“Our cohort comes from different Midwest cities and towns that all have a specific perspective on the curriculum,” she said. “Apart from the curriculum, the most impactful experience from this program so far has been the connections and between professionals from different places.”

Tasman, Kahn named to
Seneca High School HOF
Two leading figures in the field of medicine have been inducted into the Seneca High School Hall of Fame
Drs. Allan Tasman and C. Ronald Kahn, were honored for their accomplishments, along with the rest of the 2019 induction class, during a ceremony on Nov. 2. 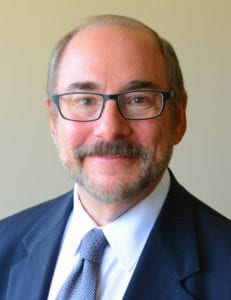 Tasman was professor and chairman of psychiatry and behavioral sciences at the University of Louisville for a quarter century. As chairman, he expanded the education, clinical and community engagement programs and increased funded research to the highest level in the department’s history.
He also was the Schwab Endowed Chair in Social and Community Psychiatry, an internationally known educator, psychoanalyst, neuroscience researcher and advocate for innovation in psychiatric education and delivery of clinical services.
His cognitive neuroscience laboratory at the University of Connecticut in the 1980’s was one of the first to link neurophysiologic abnormalities with genetic alcoholism risk.
At UofL, he was part of nationally recognized research into innovative neuromodulation treatments for drug addiction and for autism.
In 1993, he conceptualized and catalyzed implementation of Louisville’s Passport Health Plan, a non-profit Medicaid managed care organization focused primarily on quality of health outcomes over constraining costs.
He was president of five national and international organizations. At the American Psychiatric Association, he founded the Journal of Psychotherapy Practice and Research in 1990 and initiated the American Psychiatric Institute for Research and Education in 1999. At the Pacific Rim College of Psychiatrists, he founded Asia Pacific Psychiatry, the first international psychiatry journal focused on that part of the world. As World Psychiatric Association Secretary for Education, he led development of its official training and education guidelines.
He is the only person to be president of all three major U.S. academic psychiatry organizations, including two terms as president of the Association of Chairs of Departments of Psychiatry.
He has written over 300 other publications. His 37 psychiatric books include, as founding editor, all five editions of an internationally acclaimed comprehensive textbook now called Tasman’s Psychiatry.
He has twice earned the University of Louisville President’s Distinguished Faculty Award; became a Fellow of the Royal College of Psychiatrists of the United Kingdom; and is an Honorary Fellow of the World Psychiatric Association. He received the distinguished alumnus award from Franklin and Marshall College and University of Kentucky College of Medicine. 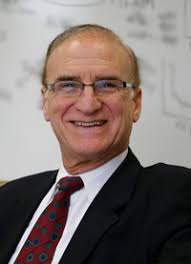 Kahn is the chief academic officer and head of the Section on Integrative Physiology and Metabolism at Joslin Diabetes Center and the Mary K. Iacocca Professor of Medicine at Harvard Medical School. Prior to that, he served as research director of the Joslin Diabetes Center from 1981 to 2000, and President/CEO of Joslin from 2001 to 2007.
A recognized expert in diabetes and obesity research, Kahn is an investigator of insulin signal transduction and mechanisms of altered signaling in metabolic disease. He also has contributed to understanding how adipose tissue contributes to insulin resistance and the role of the microbiome in these processes.
Kahn has written more than 600 original articles and 200 reviews and chapters. He also served as chair of the Congressionally established Diabetes
Research Working Group, which developed the strategic plan for federally funded diabetes research in the United States. As a result of his work, Kahn has received more than 70 awards and honors, including election to the National Academy of Science and Institute of Medicine, the Wolf Prize in Medicine, Rolf Luft Award, Allyn Taylor International Prize in Medicine, Manpei Suzuki and Hamm International Awards, the Kober Medal of the American Association of Physicians, and the highest honors of the American Diabetes Association, European Association for the Study of Diabetes, Endocrine Society and the American Association of Clinical Endocrinologists.

Federation to take part
in Share the Love 2019
The Jewish Federation of Louisville will participate in the 2019 Subaru Share the Love Event as a member of Meals on Wheels America – one of four national Share the Love charitable partners supported through the campaign.
From Nov. 14 through Jan. 2, 2020, Subaru of America will donate $250 for every new Subaru vehicle purchased or leased to the customer’s choice of participating charities.
Participating Meals on Wheels America members will receive a share of the donation raised by Subaru in their state.
Since 2008, the Subaru Share the Love Event has helped deliver more than 2.2 million meals and friendly visits to vulnerable seniors nationwide.
Over the last 11 years, Subaru of America and its participating retailers have donated more than $145 million to its charity partners. This year’s event is on track exceed $170 million.
Visit mealsonwheelsamerica.org/sharethelove for more information.