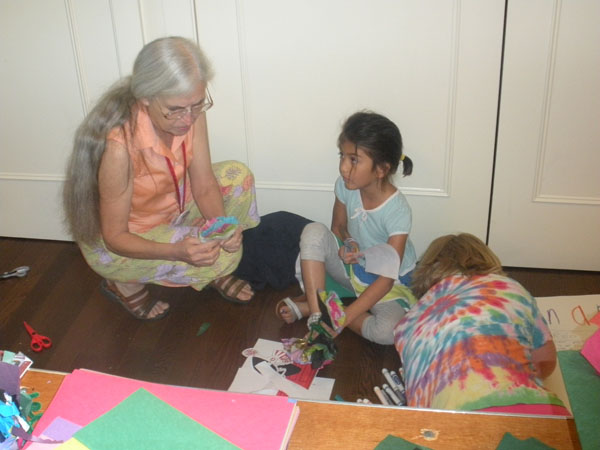 For the fourth consecutive year, the National Council of Jewish Women, Louisville Section, teamed up with Gilda’s Club to provide children living with cancer a respite from their problems with a weeklong camp program. This year’s camp for 6-11 year olds was the week of June 27 and concludes with a carnival on July 1.

Gilda’s Club, which was founded by six local cancer survivors in 2007, is part of a national organization that offers free support for everyone living with cancer. The club’s president and CEO, Karen Morrison, defines living with cancer as anyone who has cancer, has a parent or sibling(s) who have or had cancer She says, “NCJW helps  fund and staff Gilda’s Camp and has been an integral part of the whole camp by helping with planning, organizing and attending field trips with the children.”

This year’s campers visited an organic farm on Monday, Baptist East Hospital on Tuesday and the Northeast YMCA water park on Wednesday. On Thursday, they prepared for their big finale and on Friday, they closed out the week with a carnival that includes a dunking booth, pie-in-the-face, a cakewalk, a photo booth, face painting, tons of food, games of skill, prizes and special drawings.


After visiting Gilda’s Camp, you realize how important and meaningful it is to the children. Judy Shapira, who helped coordinate the link up between Gilda’s Club and NCJW, considered it an opportunity to help an organization in its early ye 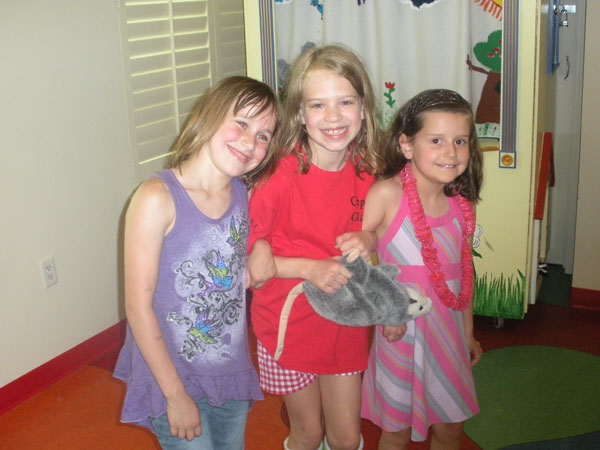 ars. The camp gives NCJW volunteers a chance to communicate with kids and not just be bystanders.”

In addition to staffing field trips, volunteers get to interact with the children and feel they are doing something good for someone else.  Shapira says it “gives you such a wonderful feeling in your heart.” NCJW’s Nearly New Shop donated games and costumes for the kids to use during the carnival.”

Jaden Garrett, one of the campers at Gilda’s Club Carnival, said his favorite part of Gilda’s Camp is “going on different field trips, to the hospital and YMCA, and learning new things.”

Gilda’s Camp is not the only thing Gilda’s Club offers. There are over 100 programs and activities every month. The types of activities that occur monthly are support groups for all ages, workshops for light exercise, yoga, art expression and cooking classes.

Jillian Morrison, one of the campers at Gilda’s Club Carnival, said, “No matter who you are you can come here and feel at home.” Her favorite part of Gilda’s Club is seeing “how people living with cancer can react to each other and realize they are not alone.”

Karen Morrison said Gilda’s Club is a place to “connect with others whoo have cancer.” Morrison has also heard people say this is the only place I truly feel normal. There is a “real balance of opportunities to express feelings about cancer and the cancer journey and to be a normal kid,” expresses Morrison.

Morrison says, we “try to take that monster under the bed and learn how to live in harmony with it.” Gilda’s Camp could not be a success without the help of NCJW.

For Shapira, working with Gilda’s Club is about “being able to see how happy the children are, how much fun they are having and being able to forget about the monster under their bed, which is cancer.”