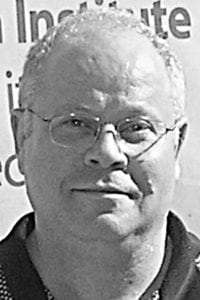 As Jews, we are part of a great story, a story that belongs to us – our story.
The story begins when God called on Abraham. It continues with God taking us all out of Egypt, making an entire nation free and commanding us to fulfil our mission.
This is our story, and it’s our mission to try and own it, making it relevant to our lives.
But the Torah’s written words are not sufficient. It is the reading of the words, not merely the words alone, that produces meaning. Meaning appears when timely experiences enter the conversation with the timeless text. Meaning appears when we allow ourselves to be part of the commentary and of the text; then we can build a bridge between the world of the Torah and our own world, making the Torah part of our lives.
Jewish culture grows and flourishes in the loosened ground of differing opinions. Rabbinic literature begins with a question and an argument follows that question. Rabbinic literature tends to present differing points of view – one part after the next – cultivating the fertile field of disagreement.
There is even an argument about the usefulness of disagreements: Of what use is the minority opinion in an argument? Is a minority opinion recorded as a possible creative voice for a future debate? Or, is a minority opinion only the record of a failed argument that is stated as a way of dismissing it for all time? Ironically, in this argument it is the majority opinion that values the future usefulness of the minority view, while the minority opinion protects a majority view from future assault by an argument that has once failed.
This represents respect and openness towards other views, allowing us to take a stand without trampling the earth to a hard, unyielding and unproductive patch.
These arguments continue until today, when we study together words of Torah.
So come and join us as we study together. Make the coming year 5780 the year of Torah study, your year of owning our story, of being part of something greater than ourselves. Make the Torah yours and join our disagreements.