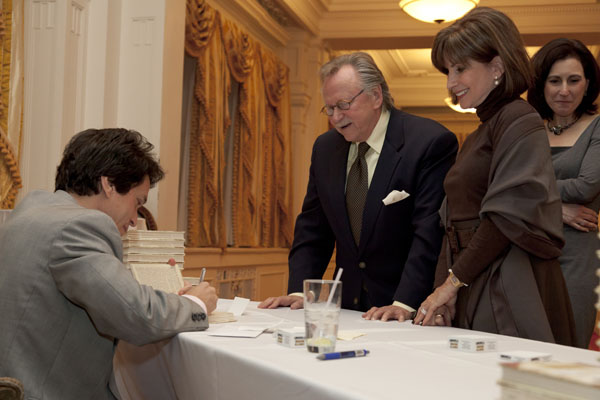 This year, when the Jewish Community of Louisville (JCL) decided to bring renowned author Mitch Albom in to speak at the 2012 Federation Campaign Major Gifts Event, the Campaign leadership asked: How could we change this event to open it up to more of the community and get more people involved?

As a result, nearly 150 people came to the Henry Clay on Thursday, December 1, for Louisville’s first-ever Campaign event double header. Year-to-date, the Campaign reports that 40 percent of those in the Major Gifts, King David, Lion of Judah and Pomegranate Divisions who have made their commitments to the 2012 Campaign have increased their gifts.

Albom made a few personal remarks at the Major Gifts Event to get things started. After recounting a brief anecdote that linked him during his young adult years with his younger cousin, Louisville’s Jewish Community Relations Council Director Matt Goldberg, he said he learned about giving from his old college professor, Morrie Schwartz.

As Albom recounted in his book, Tuesdays with Morrie, Morrie suffered from the debilitating, degenerative disease ALS. Albom used to watch as people came to visit Morrie to cheer him up. Morrie would quickly turn the conversation around to talk about his visitors’ lives, and often wound up cheering them up. 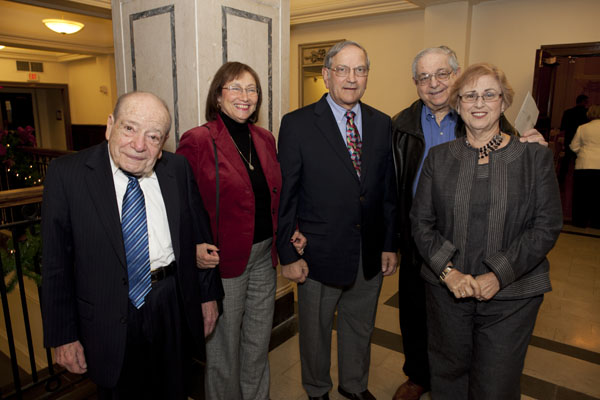 When you think about the final moments of life, Albom continued, all that you own means nothing. All that really matters is that the people you love are there and you can give them your love.

“Giving is living,” Albom said. “This is what God wants.” The more you give away, the better you feel.

In his main speech for both groups, Albom retold the story of his most recent book, Have a Little Faith.

Mark Perelmuter, who co-chaired the events with his wife, Marci, served as emcee for the evening. With wit and aplomb, he welcomed everyone, introduced the guest speaker and kept the evening moving smoothly.

JCL President and CEO Stu Silberman also thanked all those present and provided a brief update on some of the changes the agency has made in the past year and some that are in the works.

Campaign Chair Ralph Green told those present that Albom did not ask the Jewish Community of Louisville for his usual speaking fee that night, so the JCL honored him by making a $5,000 donation to the writer’s charity in Detroit. 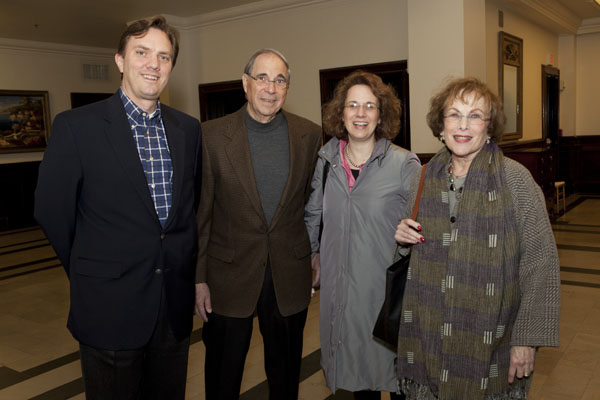 Noting that the goal for the 2012 Federation Campaign is an 18 percent increase over what the community raised last year, Green said that will be achieved by seeking new donors and new sources of income, and through the leadership of those present.

JCL Board Chair David Klein also gave an impassioned plea for support, pointing out that one of the things that Campaign dollars help do is to teach Hillel students across the country how to deal with the anti-Israel sentiments they encounter on campuses.

While he was here, Albom personalized copies of his book for those at the Major Gifts event and signed other copies that were available for purchase at the event. Additional signed copies of Albom’s book, Have a Little Faith, may be purchased at the front desk at the Jewish Community Center.