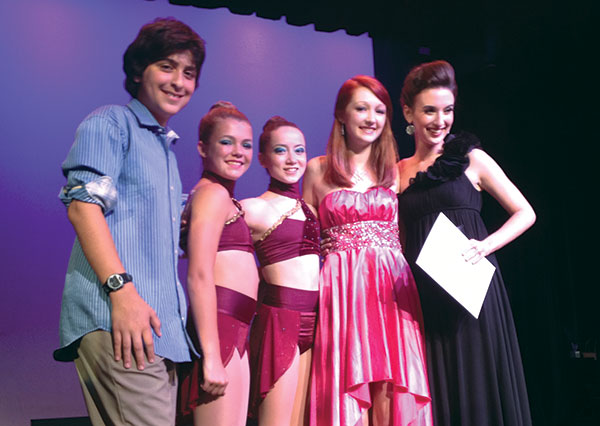 The first ever “Louisville’s Got Talent” event presented by Jake Latts and CenterStage at the JCC Sept. 8 was so successful, everyone is already talking about having another next year.

The sold-out event raised $6,696 for Acting Out, CenterStage’s professional children’s theater company that brings live theater to school children who would not otherwise have that experience.

“It was spectacular. It exceeded all expectations,” said Lenae Price, CenterStage development and outreach manager.

The Top 20 acts for the final showcase were selected from 98 youths, ages 7-18, who auditioned in August. They represented a variety of acts from singers and dancers to a rock band and even an improv troupe.

Latts worked on producing the event over the last year in honor of his bar mitzvah. Latts said he’s loved the opportunities he’s gotten so far to experience live theater and wanted to help other kids have that same chance.

In addition to ticket sales, funds were raised through donations and the sale of raffle tickets and concessions. Price said the money will be used to bring Acting Out performances to schools that aren’t usually able to afford it.

Kate Latts said she was particularly grateful for CenterStage and JCC staff for their help in making the event a success.

Latts and Price are already talking about ways to keep the event going in years to come. Price said she’d love to see it remain youth-led.

“It was just such an amazing experience for everyone: for us, the staff, the kids and the families,” Kate Latts said. “And to know the money goes for such a great cause is just incredible.”