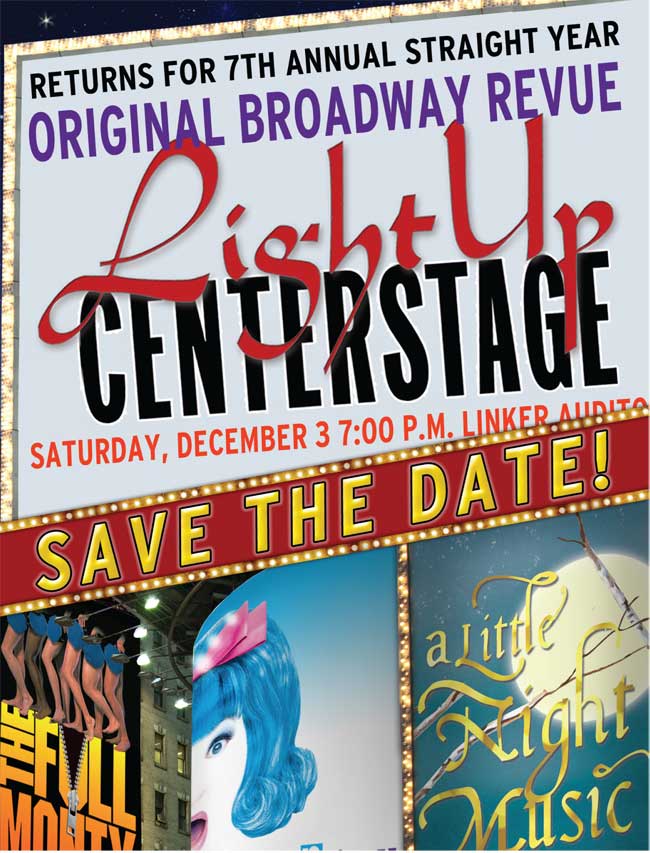 MAKE A DIFFERENCE IN A CHILD’S LIFE!

Proceeds will be used to finance CenterStage’s newest endeavor, a professional touring Children’s Theatre. The mission is to develop and nurture students through the creativity and appreciation of theatre and to encourage the development of their own creative voice and imagination while exploring the beauty of diversity and challenges of the world around them. The funding raised by Light Up CenterStage will be used not only for production costs but to subsidize fees so that all schools, no matter the socioeconomic level, will be able to participate.

For 93 years, CenterStage at the Jewish Community Center has aspired to provide a performance venue for works that offer broad cultural appeal.  Artistic Director John R. Leffert took the CenterStage reins in 1999, tremendously enhancing the quality, talent, outreach and impact of this community theatre.CenterStage provides opportunities for Greater Louisville children, adults and seniors via all aspects of the theatre — acting, singing, dancing, set and costume construction, marketing, education and more.

Through its theatre productions and related programming, CenterStage explores social issues related to tolerance, bigotry, anti-Semitism, alternative lifestyles, history, Judaism, cultural diversity, women’s issues, among others.   CenterStage audiences and cast members are racially, culturally and religiously diverse, representing the community at large.  From the whimsical to the dramatic, the humorous to the tragic – CenterStage offers theatre for everyone.  Over 12,000 individuals will attend the 2011-2012 season, which features: Hairspray, The Fantasticks, Little Shop of Horrors, A Little Night Music, Curtains and The Full Monty. Season extras include J.R. Stuart as Twain in The Gospel According to Mark and Melissa Kenney Shepherd in Patsy Cline: A Life in Concert.