Robert Klein’s passion is photography and his photography is art. So when he had the opportunity to participate in Partnership 2Gether’s Artist-in-Residence program in the Western Galilee last month, he took it.

Klein was one of eight artists from communities in Partnership’s Central Area Consortium who participated in this program. The group also included a glass blower, a glass artist, a potter, a sculptor, a painter and a dancer.

“I was fortunate to be the photographer,” Klein said, “so part of my obligation and the fun was going around to other participants’ projects and documenting the trip,” including their tours. Most of the time, the group stayed in the Western Galilee, concentrating on Nahariya and Akko.

“The painter taught a class to other painters from the area that I documented,” Klein noted. “He’s a really good teacher. I didn’t want to leave because I wanted to be in the class myself.”

Klein was moved by another experience he had with the painter, who had a group of six or seven Israeli women who paint as an active hobby. In the course of the class, some of them shared parts of their personal stories. The instructor worked with them to help them “loosen up and get more emotion into their paintings. It was amazing to see how their paintings changed over a few days.”

“I made some great friends,” he said, which fulfilled the main object of the trip: to make personal connections with artists in the Western Galilee. He also connected with his fellow artists-in residence. “It was a good experience,” he said.

Earlier this year, Israeli photographer Yochanan Kishon visited Louisville and connected with Klein. On this trip, Klein said, “I spent the most time with Yochanan, and we became good friends. He took me up near the Lebanese border and on the beach, where we took some really nice photos at night.

Kishon is also a high school teacher, and Klein was with him when he made a presentation to his students. “He showed some of my photography and discussed what was good and bad about each. The students were fun to be with.” In addition, Kishon mentors a group of parents of fallen soldiers, and Klein accompanied him to one of the experiences.

Kishon also hosted Klein in his home for a Shabbat dinner, so the Louisvillian had the opportunity to meet his colleague’s wife and children.

Klein was also moved by the dancers at Kibbutz Gaton, where the dance artist from his group worked with young people whom Klein described as “really amazing.” He heard some great music, too.

“Besides having the benefit of many new friends,” Klein said, “it opened my eyes with respect to other art forms – what goes into them and their personal and emotional dimensions.

“Getting to know people on a personal level as opposed to being a tourist makes a difference in how I view Israel,” he continued. “I feel a more personal connection” and he wants to return.

While Klein paid for his own travel, Partnership covered most of his expenses while he was in the Western Galilee.

“Everybody on the trip had good success in making personal relationships,” he added. “We got to see the results of what we did as well as sharing the whole experience as a group. I highly recommend this program to any artist in the future.”

Klein learned about the program from Louisville’s Partnership chairs, Jon and Laura Klein.

The Artist-in Residence program is one of many Partnership 2Gether activities that connect people to people in the fields of medicine, arts, education, twinning, co-existence, leadership development, culture, business development, economics, tourism and more.

Louisville has been active in Partnership since its establishment in 1997, and today is part of the Central Area Consortium of Communities that also includes Akron, Canton, Dayton, Toledo and Youngstown, OH; Indianapolis, Northwest Indiana and South Bend, IN; Louisville; Des Moines, IA; Omaha, NE; and Austin, Dallas and San Antonio TX.

These consortium cities partner with Israel’s Western Galilee area that includes the city of Akko, the Western Galilee Hospital and the rural communities of the Matte Asher Regional Council along the Mediterranean Sea.

Partnership is supported by the Jewish Federation of Louisville Campaign. 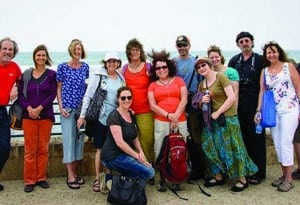 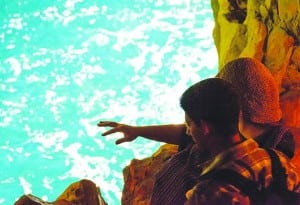 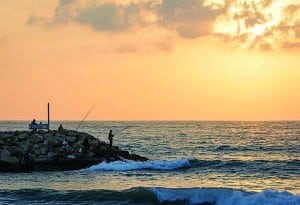 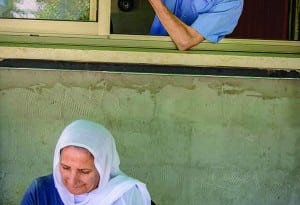 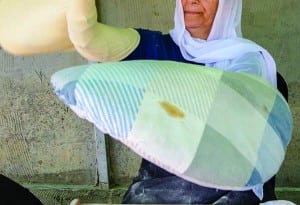 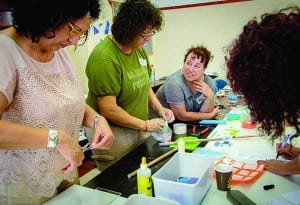 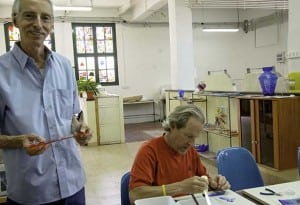 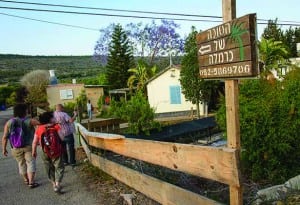 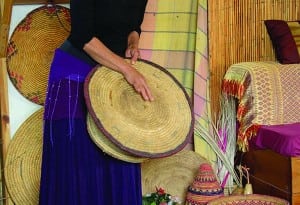 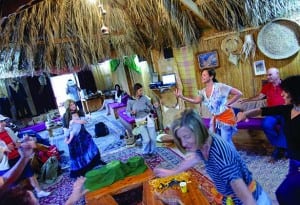 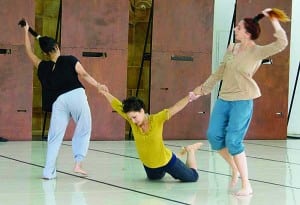 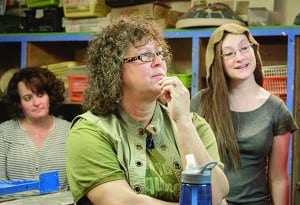 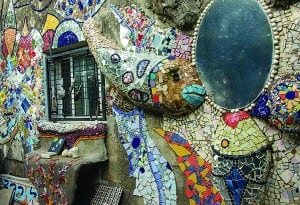 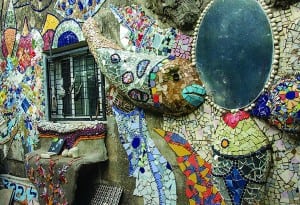 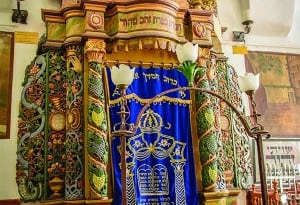 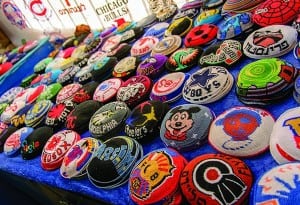 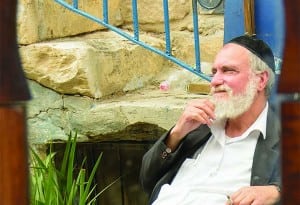 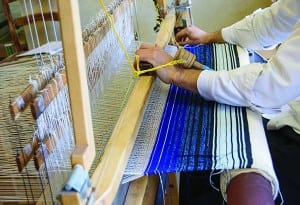 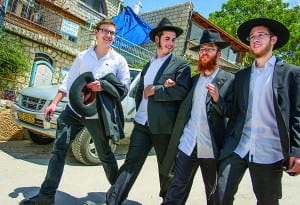 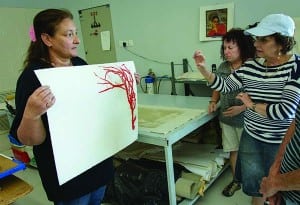 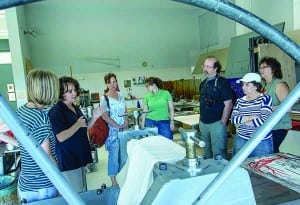 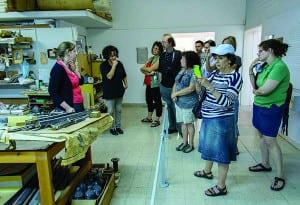 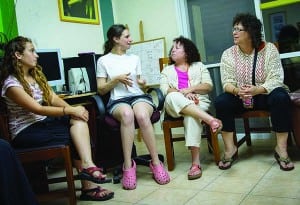 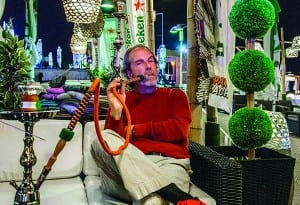 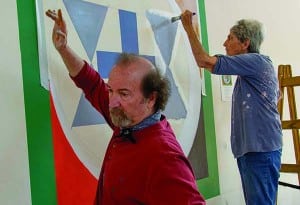 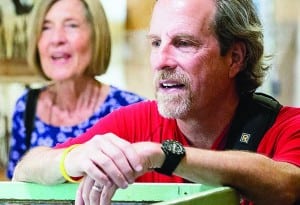 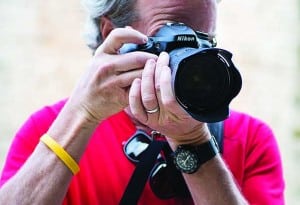 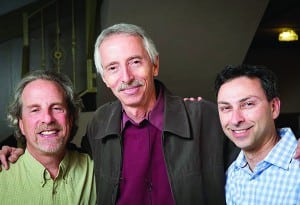 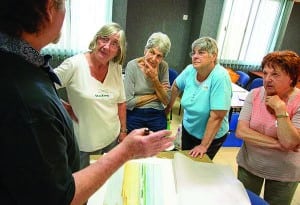 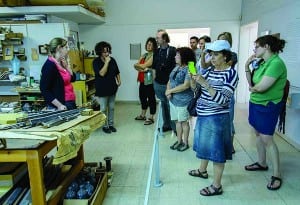 After a relatively quiet night, this morning began with hopes for a cease-fire to end this round of fighting. Israel’s security cabinet accepted the Egyptian cease-fire initiative. Hamas’ armed wing, on the other hand, rejected the offer, saying it represented …