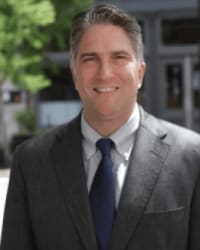 David Kaplan knows well that the Jewish Federation of Louisville’s 2020-21 Annual Campaign will be unlike any other.
In an interview with Community, he ticked off some of the challenges facing the fundraising drive: the raging coronavirus pandemic that precludes in-person events and the need for out-of-the box thinking by staff and volunteers alike.
But for Kaplan, a Louisville attorney and newly minted chairman of the campaign, those very challenges why he took the job.
“It is a challenge to try to build a campaign in this environment,” he said, “but I decided that I have a strong personal motivation right now because of the times that we’re living in.”
With Kaplan’s appointment, the Annual Campaign is underway. This year’s goal is to raise $2 million, an increase from the $1.8 million garnered by the 2019-20 drive.
Ironically, the same coronavirus that poses hurdles the campaign must clear, also offers advantages, according to Kaplan. He said the Jewish Community Center has weathered the shutdown well, making for an incredible selling point to donors.
He touted the Early Learning Center and its fitness center, but he especially singled out the work of the Senior Center, noting that it has continued providing outreach, meals and person-to-person connections despite the social distancing.
He called the JCC the “front porch of the Jewish community,” saying all of Louisville is welcome at its pools, playing fields, gyms, fitness center and social programs.
“It’s no exaggeration to say [the JCC] has really been a ray of light in a time where there’s been a lot of darkness,” Kaplan said. “I think the light is going to shine even brighter when we’ve got this new JCC.”
While the new center, which is now under construction, will be a major selling point during the campaign, he said there’s more to the JCC mission than just a facility. The campaign supports camping and Israel trips, social programs, children and adults, beneficiary agencies, even Jews in other countries.
“We are going to have this incredibly inviting, state-of-the-art front porch where the Jewish community can invite the whole community to come together,” Kaplan said, “so I do expect that to generate enthusiasm for the 2021 campaign, but it’s not exclusively why people should give.”
The campaign will look different than it did in previous years.
“The events for now are not going to be in person,” Kaplan said. “Our major gifts events, which we are planning to occur in connection with Shabbat dinners in November, those are going to be by Zoom, but we think we can offer a program that will attract people to attend, and I’m going to be working with the staff to try to make these events as appealing as they can possibly be.”
One feature that won’t change, he said, will be the one-on-one talks between solicitors and donors, albeit virtually.
In fact, Kaplan considers these talks to be the most important component of the campaign, even if they don’t always yield donations.
“We’ve got to cultivate the future supporters of the campaign,” he said. “For me, it’s not like I made a call, the person didn’t give any money this year and so I’m disappointed and I forget about it and I go on the next person. Every single conversation that we have with a donor or potential donor or past donor is a valuable conversation.”
Kaplan compared each talk to “planting seeds.” Even if someone doesn’t give this year, the talks establish a relationship for when that same person, responding to a birth of a grandson, or a recent bat mitzvah, decides the time has come to give.
“The goal would be to have an institution that is viewed as the legitimate fundraising and allocations arm of the Jewish community,” Kaplan said, “and if we’re doing our job right, that is how it will be seen.”
Kaplan will chair a cabinet consisting of representatives of the men’s and women’s divisions, young adults and senior citizens – all working closely with Federation staff.
A Kentucky native, Kaplan grew up in Lexington and graduated from the University of North Carolina at Chapel Hill, Harvard University’s John F. Kennedy School of Government and Harvard Law School.
He currently serves on the JCL Board of Directors and previously chaired the board of the Jewish Heritage Fund for Excellence.
He is a partner at Kaplan Johnson Abate & Bird
“There’s some value to the Jewish community as a whole coming together behind an annual campaign and saying as a community, ‘these are our priorities and these are the programs that we believe should go on forever and we’re part of something larger.’”