(Editor’s note: This is a corrected version of the story that appeared in the October 3 Community. It includes a corrected time for the Bluegrass/Jewgrass concert, which the Cantors Assembly will present during its May convention.) 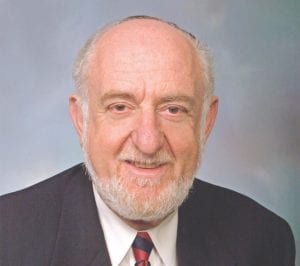 The year 5779 – or 2018-2019 if you prefer – could be remembered as the year the Jewish world came to Louisville.
Maybe not the whole world, but enough to take note.
Leaders who are front and center on the Jewish political, social and religious fronts are making their way to the Derby City this coming year. Several Louisville organizations are providing opportunities for the community to learn from these speakers, including Rabbi Rick Jacobs, president of the Union for Reform Judaism (URJ), the synagogue association for Reform movement in North America; Rabbi Daniel Hillel Freelander, president of the World Union for Progressive Judaism (WUPJ), the umbrella organization for Reform, Liberal, Progressive and Reconstructionist Jews around the globe; and Avraham Infeld, president emeritus of Hillel International–the Foundation for Jewish Campus Life, which has chapters at the University of Louisville and at Bellarmine University.
Infeld will be hosted by The J as part of its Israel @ 70 Innovation Series.
But first, Gil Hovav, an Israeli television celebrity and one of its leading culinary journalists, and Avner Avraham, a retired Mossad agent and the chief consultant on the motion picture, Operation Finale, the story of the capture of Adolf Eichmann, will appear here.
Avraham, who curated an exhibit of items connected to Eichman’s capture following 28 years in the Mossad, will speak at Temple Shalom at 7 p.m., Sunday, October 7. (See Around Town, page 21). The Temple, JHFE and Classrooms without Borders are co-sponsoring the visit.
Hovav will speak at The Temple at 7 p.m., Friday, October 12, and at Temple Shalom at 7:30 p.m., Saturday, October 13. He, too, is part of the Israel at 70 Innovations Series. (See story, page 9). Temple Shalom, The Temple and JHFE are co-sponsoring his events. 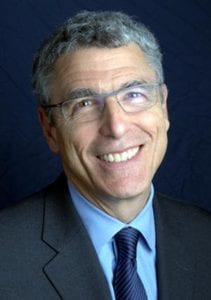 Infeld will speak on “The Next Jewish Community” at 5 p.m., Sunday, October 14, at the Jewish Hospital Rudd Heart & Lung Center.
A career educator, Infeld served as president of Hillel International from 2007 to 2008. In 2012, he was elected chairman of the board of the Hillels of Israel.
The Israel at 70 Innovations Series is a five-part program that highlights innovative trends and programs in Louisville and the Jewish state, and collaboration between the two. The series runs from October 9 to November 5.
The URJ’s Jacobs, who The Temple will host as part of its 175th anniversary celebration, will be here Friday, October 19.
Jacobs is at the frontline of the fight for religious pluralism in Israel, he has marched to the Western Wall with other Reform and Conservative religious leaders, Torahs cradled in their arms, demanding the right to for Reform and Conservative worship freely there.
Active in global social justice issues, Jacobs joined a delegation that assessed disaster response following Haiti’s devastating earthquake in 2010. He traveled to Darfur as part of an international humanitarian mission to the Chad-Darfur border area in 2005, and in 2009, participated in an annual conference of Muslim and Christian leaders, held in Qatar, to build understanding between the West and the Muslim world.
Freelander, who will be the guest of Temple Shalom from April 5 to 7, is also fighting for pluralism in the Jewish state, but with member synagogues in more than 50 countries, he also is involved in other issues that affect Jews in those lands.
Members of The Temple and Temple Shalom will worship together during Jacobs’, Freelander’s and Hovav’s visits.
Hundreds of other Jewish religious leaders are coming to town this year – literally – to attend the annual gatherings of two well-known Jewish organizations.
Louisville will be the site of the 72nd International Convention of the Cantors Assembly, the umbrella group for the cantorate in Conservative Judaism, from May 19 to 23, 2019, at Marriott Downtown. Cantor David Lipp, of Adath Jeshurun, will be installed as president of the organization. As many as 200 members are expected to attend.
It’s the first time the Cantors Assembly has held its convention in Louisville, according to Lipp.
Lipp, the incoming Cantors Assembly president, said the international convention will be highlighted by three concerts: a performance by cantorial students from the Jewish Theological Seminary on Monday, a “Bluegrass/Jewgrass” concert with the Kentucky Homefront on Tuesday and a final concert a at 7 p.m. Wednesday. All performances and sessions at the convention, except for the annual meeting, will be open to the public.
Also, The Society of Jewish Ethics, an academic organization dedicated to the promotion of scholarly work in the field of Jewish ethics, will hold its annual meeting in Louisville from January 3 to 6 at the Marriott Louisville, Downtown. The meeting is being held in conjunction with the Society of Christian Ethics and the Society of Muslim Ethics, which also will be meet here that month.