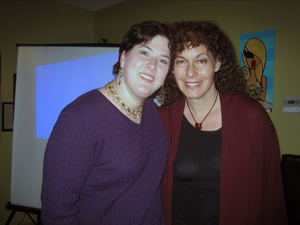 Carey Goldberg, sister of Louisvillian Dara Cohen and one of three authors of the book Three Wishes, provided a fascinated and thought-provoking Jewish Festival of the Book program on Tuesday, November 16, at the Java Brewing Company. Her story, which was a contemporary one, struck a cord with the audience, which was predominantly composed of women below the age of 40. Her book is subtitled “A True Story of Good Friends, Crushing Heartbreak, and Astonishing Luck on Our Way to Love and Motherhood,” which pretty much sums up the book’s story.

The scene: A few years ago, Goldberg and her co-authors Beth Jones and Pamela Ferdinand, found themselves close to 40 and without either husbands or children. The three realized they could do something about the children part with or without husbands and Goldberg took the first step.

She identified an anonymous donor at a sperm bank as the “perfect match” and ordered eight vials to get started. Her first attempt was unsuccessful, but before she could try again, she fell in love and became pregnant. She bequeathed the remaining vials to Jones and it happened again – before she could use them, she too met a man and became pregnant. And when Jones passed them on to Ferdinand, fate struck again and all three friends found their wishes had come true.
Goldberg and Jones live near Boston with their families and Ferdinand lives outside Chicago – and they all lived happily after. 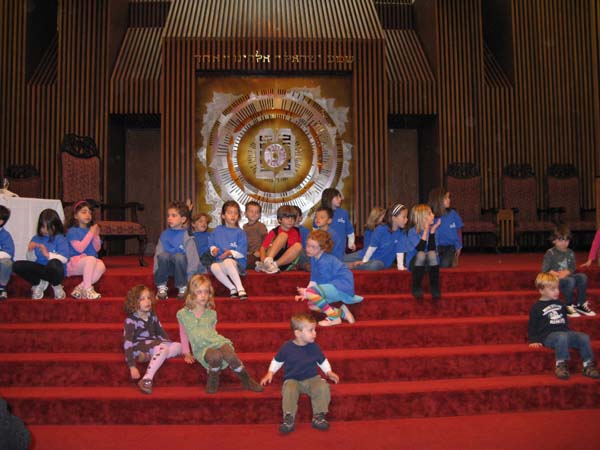 No Jewish Festival of the Book would be complete without a special program for children. This year, the Jewish Community of Louisville teamed up with The Temple’s Sunday School to bring Laurel Snyder in on Sunday, November 21. After inviting the youngest children to join her on the bima and engaging them by asking a few then reading her own creative tale, Baxter the Pig Who Wanted to Be Kosher.

For those who were not close enough to see the book Snyder held in her hand, the pages were projected on the wall so everyone could enjoy the illustrations.

Following the presentation, parents and children adjourned from the sanctuary to the social hall for snacks and crafts.