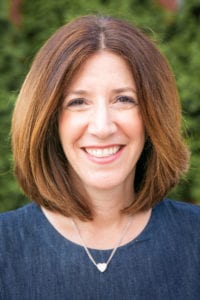 On a recent walk I was listening to a Freakonomics Radio podcast entitled “How Much Does Discrimination Hurt the Economy?” The guest on the podcast, an economist from the University of Chicago, had studied the effects of firing top-level Jewish executives in Nazi Germany on those businesses and, more broadly, on the German economy.
Not surprising, the economic effects of the firings weren’t good for either. The companies did significantly worse for at least 10 years after the executives were dismissed, the author of the study found, and the country did not recover as quickly as it could have following World War II.
What particularly struck me about this podcast, though, were the statistics the author cited about Jewish citizens in Germany in the early 1930s. At that time, Jews made up about 0.8 percent of the German population, yet they held 15 percent of senior management positions. Those companies that were managed by Jews included names that survive to this day: BMW, Alliance and Deutsche Bank, to name a few.
Additionally, while Jews made up about five percent of the population of Berlin, they paid over 30 percent of the taxes in the city.
As I listened to these statistics, I wasn’t only thinking about the economic impact of the firings. I realized that if Jews were this successful and assimilated into Germany society, only to become victims of the Holocaust in a few years, then no amount of success would ever fully guarantee our safety here.
As Jews, we always know this is part of our unfortunate legacy, but hearing the podcast reminded me again that life for Jewish people is always somewhat precarious. And to make matters worse, it seems that our success tends to lead to scapegoating and more antisemitism.
We know that antisemitism is on the rise again. There has always been hate coming from the extreme political right. Now, there also is a rise of antisemitism on the extreme left, taking the form of anti-Zionism. Israel, with its relative economic and military strength, engenders irrational hatred because it is not seen as the historical underdog anymore.
For me, this sobering reality has a bright spot, and that is being the chair of the Jewish Community Relations Council. I truly believe that the JCRC’s work in our community and around the country can combat this hatred. When antisemitism occurs in schools around Louisville, principals call on us to educate students and help change the school culture.
We have relationships with the Black community, the Asian community and the Muslim community through our Muslim-Jewish alliance.
When Hitler quotes in the Kentucky State Police training materials were exposed last year by the duPont Manual High School newspaper, we helped facilitate new training and cultural awareness for our law enforcement.
Through community relations and working together with coalition partners, the Jewish people of America will continue to have a safe and prosperous place in this country.

(Beth Salamon is the chair of the Jewish Community Relations Council.)

D’var Torah Rabbi David Ariel-Joel This month, we continue reading the Torah portions from the book of Genesis and the questions it poses. How the world was created and who created it are two of those questions that all curious …