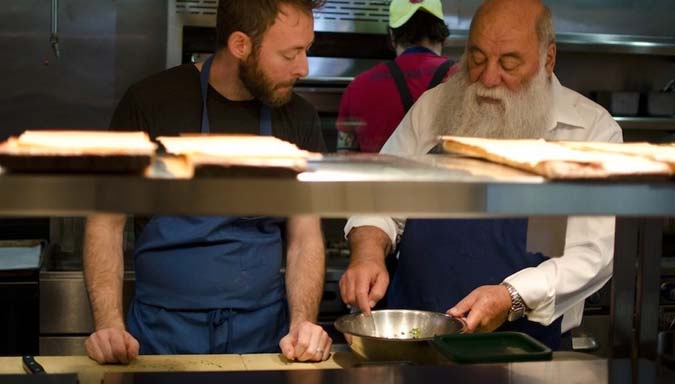 Rye on Market teamed with the Jewish Community Center this Sunday for Farm to Table: Israel to Louisville, a seven-course brunch. Chefs Uri Yirmias (from Uri Buri in Acre, Israel, which is north of Haifa near the border with Lebanon) and Tyler Morris (from Rye on Market in NuLu, Louisville, which is east of Downtown, but west of that no-man’s land with the orphanage and farm-supply store), collaborated on a meal that was inspired by dishes Yirmias serves at his restaurant.

“Uri and four others were visiting from Israel—which I believe was set up through the Jewish Community [Center] of Louisville,” said Rye’s General Manager, Erin MacDonald. “We have a relationship with them because we have done other events for them, so they reached out to see if we would be interested in hosting a brunch that Tyler and Uri could collaborate on.”

View the Menu and More Photos.>>

Kick off celebration planned for June 3 With three weeks to go before JCC Summer Camp starts, registration is at an all-time high. So far, more than 525 children have registered for camp. Last year at this time, there were …