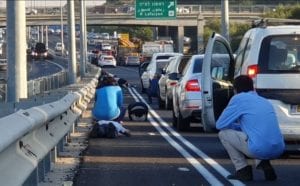 Matt Goldberg, director of community relations at the Jewish Federation of Louisville, has issued the following statement about this week’s rocket attacks on Israel:

The last two days has seen over 300 rockets fired by the Palestinian Islamic Jihad (PIJ), a terrorist group in Gaza, who are firing these rockets indiscriminately at civilian targets over much of Israel. From Tel Aviv on south, much of the country is on alert, ordered to stay near bomb shelters and avoid any large community gatherings. Southern Israel, near the Gaza periphery, has seen the brunt of the attacks, with several homes and businesses destroyed but, thankfully, no serious injuries. Israel is retaliating by attacking PIJ infrastructure, rocket squads and weapons depots.

Jewish organizations are providing support in the most vulnerable areas of the country. Below is a message from Isaac Herzog, CEO of the Jewish Agency for Israel, a Federation partner organization.

“Hostilities are not expected to end soon, although there are many reports of Egypt attempting to negotiate a ceasefire among all sides. Israeli government and military officials have said that they are prepared for a lengthy conflict, but have also stated they are ready for hostilities to cease.”

We will stay in contact with our friends in Israel and support them in any way we can. We will provide further updates as they are warranted.