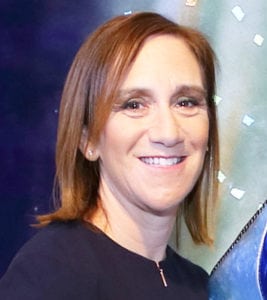 I traveled to Israel for the first time in 1981 as part of BBYO’s Israel Summer Institute. I felt an instant connection and knew it would not be my last visit.
Over the years, I stopped counting how many times I passed through Ben Gurion Airport, preferring to focus on each unique experience of traveling with different people, exploring a dynamic, ever-changing Israel.
Two weeks ago, a group of eight staffers from The J and Federation traveled to Israel, joining colleagues from Charlotte and Salt Lake City for a JCCA educational seminar. The group included staff from diverse backgrounds; almost all were first-time visitors.
The lessons of the mission were immeasurable. Everyone felt fortunate to learn together and bring back new ideas, insight and goals, infusing their own work with what we learned in Israel.
I was struck by Tour Educator Abraham Silver’s introduction to Tel Aviv, the first modern Jewish city (founded in 1909) and the history of British Mandate Palestine prior to statehood. Abraham’s description of the teens/young adults who were at the forefront of the creation of Israel resonated so strongly on a personal level and with the commitment we make to our teens at home.
These young adults were instrumental in building Israel. They left Europe, journeying to the homeland of the Jewish people to create a state based on social justice and equality.
Abraham described the optimistic, energetic teens, including Zionist youth groups who labored through as Chalutzim (pioneers). He shared the effect of prior summer camp experiences on these young immigrants; they brought a sense of equality and a camp-like spirit.
To this day, Israeli soldiers refer to their commanders by their first names, rather than using titles or rank, and are encouraged to speak up when they disagree. Israel has always honored and respected its teens as they grow up, preparing to serve in the army. The draw many teens/young adults feel today as they experience Israel carries the idealism and connection to the Jewish people that teens have experienced for 100 years.
We met with teens accepted to Mechina Rabin, a pre-army course focused on leadership. The group included recent high school graduates from North America, who shared why they are considering joining the army over going home to attend college. They are making their choices with maturity, self-awareness and a desire to be part of something bigger than themselves.
We also met with current and former lone soldiers, young adults who made aliyah and joined the army. Their experiences form their transition into Israeli society. They described the army experience as the great equalizer, where people of all backgrounds and religions serve side by side.
On Shabbat, we visited the Kotel (Western Wall) and another group of teenagers captured our attention: high school girls dancing in a circle and singing Israeli songs at the top of their lungs. Their joy and energy were palpable and contagious. As they danced and sang Am Yisrael Chai (The People of Israel Live), I thought of the generations of teens who shared the same passion. They, too, sang and danced, including my own peers at camp, BBYO and Israel teen experiences.
As professionals committed to transforming our Jewish future, we have much to learn from the teens who built and fought for Israel, and from those who serve today. It is our responsibility to share our relationship with klal yisrael (the community of Israel) and help the next generation learn from this experience. Like their predecessors in the pre-state days, these teens are playing the most critical role in Israel’s future as the next members of the military and the next leaders of this young state.
The bravery and spirit of teens in 1919 who arrived in a barren land with hope for a strong future are tied to our children and teens in Louisville who will have their turn in the years to come to experience Israel for the first time and build the global Jewish community.

Sara Klein Wagner is the president and CEO of the Jewish Community of Louisville.