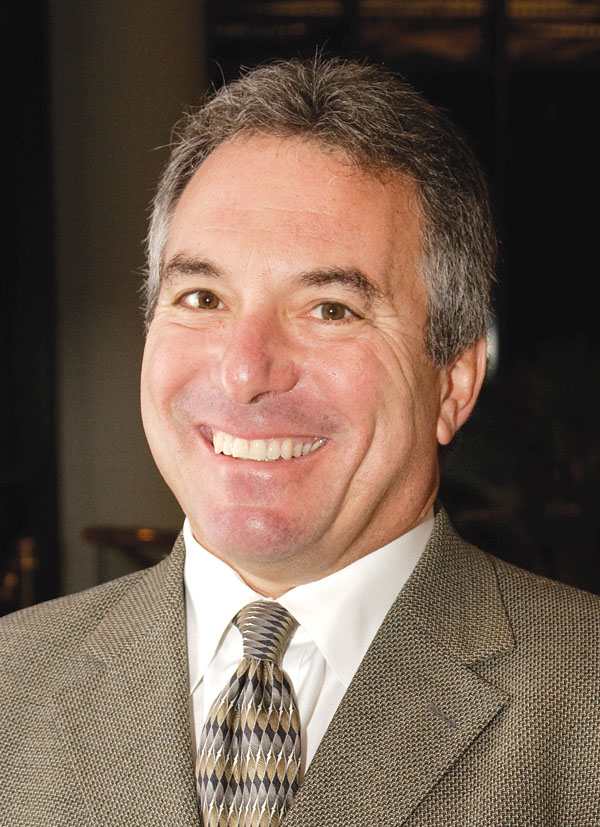 The members of the King David Society are the pacesetters for the Annual Federation Campaign with leadership gifts of $25,000 or more; and for a second year, Joe Hertzman will chair the division.

“It’s certainly an honor to be asked to chair this great division of our Campaign,” he said, “and frankly, it’s one of the easier jobs of the Campaign because the generous community members at this giving level don’t have to be convinced of the need for their generosity.”

“The reason I choose to stay involved,” Hertzman continued, “is that I believe strongly that … we must have a strong, vibrant Jewish community supporting a variety of Jewish activities, education, social and health and wellbeing activities.”

“We want to be transparent,” Hertzman added, “and make sure that people throughout the community, and particularly for those in the King David Society, understand how our Campaign dollars are being used locally, as well as both nationally and internationally.” To ensure that members of his division have a clear picture, Hertzman invited Jewish Federations of North America CEO Jerry Silverman to return to Louisville as the special guest for the King David Society event on Wednesday, November 28.

Silverman, who met with Jewish Community of Louisville Board members and other community leaders in September, will be returning for an evening of conversation, cocktails and hors d’oeuvres that Hertzman is hosting at his home at 6:30 p.m.

“I’m very excited that Jerry Silverman is willing to come back to our community after a very positive recent visit,” he said. “Those participating in the King David Society will get the straight story about why Federation and the Campaign are so vitally important, both in our community and nationally.”

Silverman will share some of his thoughts and there will be plenty of time for King David Society members to ask questions and engage in conversation about the extraordinary things the Jewish community does with the support of the Campaign and what JFNA is doing.

“I’m very pleased that we can give our King David Society members an evening with such an important leader in our national Jewish community,” Hertzman said. “I encourage my fellow King David members to attend this event and to participate in this informative and interested dialogue.”

Locally, Hertzman sees important changes at the JCL. “I also chose to continue as King David chair because I’m very excited to work with Stew Bromberg on this Campaign. I think Stew brings exceptional experience and integrity as well as the necessary skills and leadership to move this Campaign significantly forward.

“And a successful Campaign is important because it funds the basic services to meet the needs of our Jewish community, thus ensuring long-term Jewish continuity in Louisville as well as providing for short-term funding needs.”

Prior to serving as King David chair, Hertzman chaired the JCL’s Planning and Allocations Committee in 2011 and co-chaired it with current JCL Board Chair David Klein in 2010.

The Planning and Allocations process, he said, “has given me knowledge about what the JCL does and passion for the Campaign.”

Hertzman is a restaurant franchisee with 24 Papa John’s in Columbus, OH, 13 Rally’s in southwestern Indiana and western Kentucky, and seven Long John Silvers in the Louisville area and Central Indiana. He serves on the Rally’s Franchisee Advisory Council, and, with his brother, Allen, has received the Papa John’s Franchisee of the Year Award.

He also co-founded Dispute Solutions, a human resources consulting company specializing in alternative dispute resolution programs for businesses, with a partner in Lexington.

In the past, he has been a vice president of the Jewish Community Federation and served on its Executive Committee, was a member of the United Jewish Appeal’s National Young Leadership Cabinet, and served on the Board of The Standard Club.

His son, Nick, is in graduate school in Paris, France. His daughter Julie is a freshman at Rhodes College. His other children, Rachel and Alec, attend Collegiate.

JERUSALEM, October 24, 2012 (JTA) – More than 70 rockets and mortar shells fired from Gaza have hit southern Israel in the last 24 hours, striking several homes and injuring three. Four Palestinians have been killed in Israeli strikes on Gaza …

It has become a tradition in our Louisville Jewish community to celebrate the winter holiday season by assisting those in need around the community and lending a hand to help our Christian neighbors enjoy their holiday. Once again, Amy Benovitz …