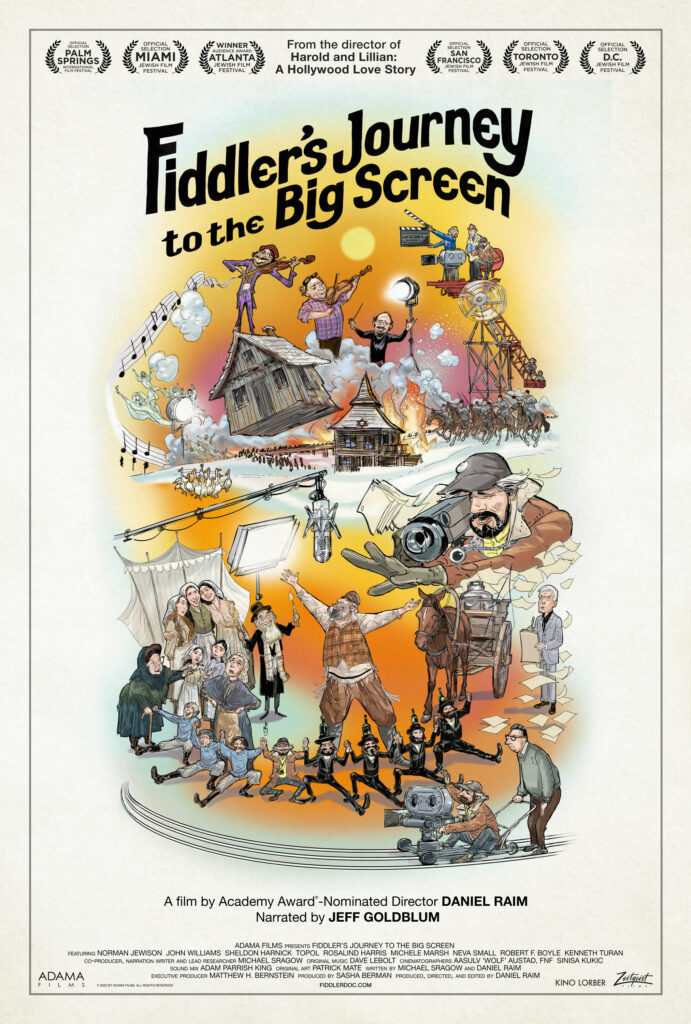 In this riveting and joyous film, Academy Award-nominated filmmaker Daniel Raim captures the humor and drama of director Norman Jewison’s brilliant vision to recreate the lost world of Jewish life in Eastern Europe while telling a universal story about the importance of family and the fragility of tradition in his iconic musical Fiddler on the Roof. Narrated by Jeff Goldblum, this film draws on behind-the-scenes footage and never-before-seen stills as well as original interviews with Norman Jewison and his key collaborators, including lyricist Sheldon Harnick, lead actor Topol, production designer Robert Boyle, and many others. They illuminate the untold story behind the making of Fiddler on the Roof, Jewison’s favorite movie.
Winner of best documentary at Atlanta Jewish Film Festival; Winner of Best Film at Houston Jewish Film Festival; Best Documentary at RiverRun International Film Festival

Live special event before the film: 7:30 p.m. at the Trager Family JCC
A brief live performance prior to the film featuring CenterStage Academy showcasing Fiddler favorites such as “Tradition,” “If I Were a Rich Man,” and “Matchmaker.”

Sponsored by Susan and Jeffrey Callen