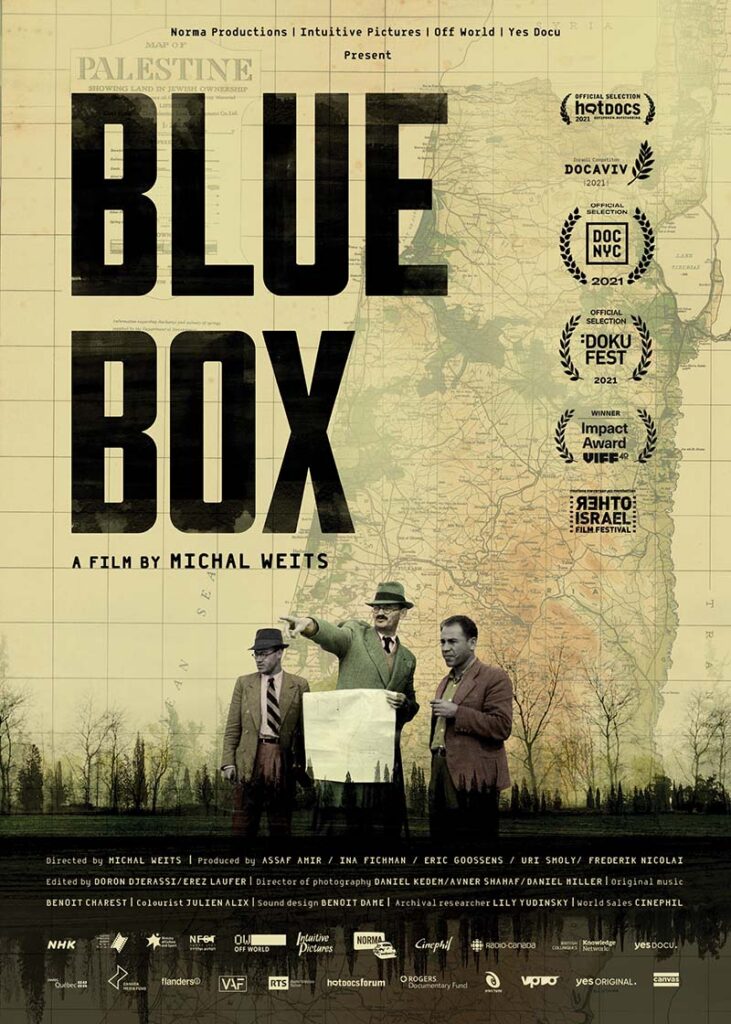 Blue Box is a documented account of how the Jewish National Fund (JNF) acquired land in Palestine before and after the creation of the State of Israel. Helmer Michal Weits uses the primary source par excellence: the diaries and papers of her great-grandfather, Yosef Weitz, to argue that from today’s perspective, some of the methods used seem morally questionable. Offering a stark contrast to the popular Israeli national myth of “a land without a people for a people without a land,” this compelling documentary will inspire much debate.