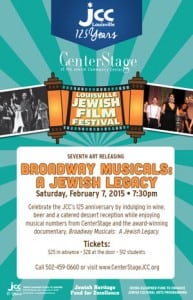 A Musical Celebration of 125 year anniversary of JCC.

A Vaad approved dessert will be made available if reserved by Feb. 3, 2014.