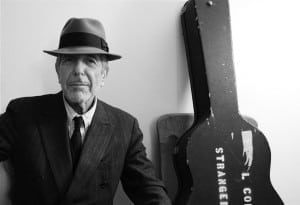 It is with great disappointment that I must inform you of the unfortunate cancellation of today’s Arts & Ideas Event, Liel Leibovitz/ A Broken Hallelujah. We received a last minute call from Mr. Leibovitz late this morning informing us he missed his flight from New York to Louisville and will not be able to keep his commitment to us for today’s event. We apologize for any inconvenience this has caused you.
Thank you again for being understanding regarding today’s difficult situation and for your support of our newest venture, J Arts & Ideas. I look forward to seeing each of you in April at the Standard Club for our next offering.

Blood, Sweat and My Rock and Roll Years Saturday, April 16, 2016 / 6:30 P.M./ Standard Club
Join us for an incredible evening with Rock and Roll legend, Steve Katz, founding member of The Blues Project and Blood Sweat and Tears as he not only shares memorable stories from his celebrated music career and best-selling autobiography, Blood Sweat and Tears and My Rock and Roll Years: is Steve Katz a Rock Star?, but he will also perform some of his well-known hits. This special night will also include a cash bar, 3 course catered dinner with wine pairing by one of Louisville’s best restaurants, Anoosh Bistro. Following Katz’s intimate concert, you will have the opportunity to meet the legend as you have a personal copy of his biography autographed.

Old Jews Telling Jokes Saturday, May 14, 2016/ 6:30 P.M. / Standard Club
What’s so funny about old Jews telling Jokes? Everything! Get ready for an outrageous evening of one liners, double entendres, and hysterical routines sure to triple you over as we present Old Jews Telling Jokes. When Ed Bornstein along with three other local comics take the stage in the rich tradition of stand-up comedy, anything could happen. One thing is certain, hilarity will ensue. With a cocktail hour, a catered dinner by Masterson’s, Louisville’s leader in event catering since 1938, and a smash hit show that could be on the stage of any major comedy club, this evening promises to be an evening of unabashed fun.

A Conversation with Lucy Aharish Tuesday, June 28, 2016/ 7 P.M./ Jewish Community Center
Our Arts & Ideas Series will wrap up as we present A Conversation with Lucy Aharish, Israeli News Anchor, Reporter and Television Host. Aharish currently presents the Evening Edition as the news broadcaster of i24news, and serves as a morning anchor on a current-affairs show on Channel 2. Aharish is notable for being the first Arab news presenter on Hebrew-language Israeli television. This event is a FREE event.