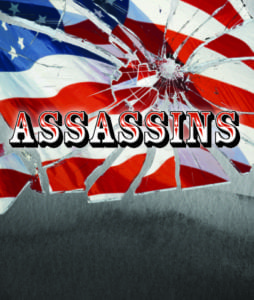 OCTOBER 27—NOVEMBER 13, 2016
What do John Wilkes Booth, Lee Harvey Oswald, and John Hinckley have in common? They are not only three of the nine men and women who throughout history have killed – or attempted to kill –a United States President but also the unlikely subjects Stephen Sondheim brings together in his Tony Award winning musical, Assassins. Combining a musical revue and a murderous carnival game with a careful exploration of patriotism, Sondheim creates the perfect political satire. With wit, comedy and brilliant insight, Assassins delves into what motivated these complicated, notorious men and women and ultimately asks you what it means to be an American.