On Thursday, September 10, Dr. Patrick Clawson, the Morningstar senior fellow and director of research at the Washington Institute, where he directs the Iran Security Initiative, spoke to a group at the Jewish Community Center via Skype. He had been scheduled to come to Louisville, but his flight was canceled.

Dr. Clawson said the original objective of this agreement was to prove that the Iranian nuclear program is peaceful. “We couldn’t do that,” he said, so this agreement is designed to keep Iran at least a year away from being able to develop a nuclear weapon, but it is hard to determine exactly how far away a country is from attaining a nuclear weapon.

“We signed up for 15 years of intense squabbling,” he said, “but the agreement is a good basis for future negotiations.” Those negotiations, he hopes, will lead to a “quiet understanding with Iran that they have the right to produce highly enriched uranium,” but if they do, we will assume they are racing for the bomb and we will respond – maybe militarily. “There will be serious consequences,” he said.

While this agreement deals only with Iran’s nuclear activity, Dr. Clawson said, the U.S. must work during the 15 years of the agreement “to reorient Iran away from its current revolutionary ambitions.

“Iran acts more like a cause than a country,” he said, and the U.S. has no plan on how to deal with its aggressive, destabilizing activities in the Middle East. “The worst part,” he posited, “is no longer Iran’s support for terror, but how Iran has been stirring up sectarian war in the area.”

The vicious militias it supports are undercutting Iraq, Yemen and Syria. “Iran presents itself as a fighter against ISIS,” he said, “but it is also the arsonist.” By supporting the militias, it is forcing people who are not sympathetic with ISIS to align themselves with that group because it is the only one that can keep their families alive. We have to find a way to break the vicious cycle of sectarianism in the Middle East,” he insisted. “Ten times as many Syrians have died in this civil war than in all fighting between Syria and Israel.” The Syrian government has destroyed more than one third of the housing in the country resulting in more than 11 million Syrians who have left their homes.”

It is bizarre to say the alternative to the nuclear deal with Iran is war, he said because there is a war going on now, and more people died in this war than those who died in the Middle East during World War II. And he blames the fighting on Iran’s revolutionary values.

There is a great deal of mistrust between Iran and the U.S. “Iran thinks we are working to overthrow the Iranian government,” he said, and that, too must be addressed.

Dr. Clawson also said, the U.S. needs to address the concerns of its allies – Israel and the Gulf Arab states. “We have been more effective in negotiating with Iran than with Israel,” he said. “It’s embarrassing.”

He expressed concern that the Obama administration’s approach is to address the grievances of hostile countries, “but it shouldn’t do that at the expense of our historical allies. We have to find ways to work with our allies and not abandon their interests.” The result seems to be that we are abandoning the region and leaving Iran to be the regional power, he contends.

In the past, Dr. Clawson noted, when important agreements, like the arms control agreements with the former Soviet Union, were brought to Congress, the debate produced a lot of “perfecting provisions.” These provisions didn’t force the reopening of negotiations, but they did clarify how the U.S. would interpret the provisions of the agreement.

With regard to the agreement with Iran, Dr. Clawson contends, the debate that should have produced “perfection provisions” never happened because the debate immediately became partisan and neither side was willing to engage in the needed discussions.

Dr. Clawson expressed hope that after the current dispute, Congress “will come back and clarify and establish the policies we need to take to enforce the agreement.”

He also pointed out that the “U.S. has reserved the right to do a great many things to press Iran.” The agreement maintains almost all the sanctions on Iran, since they were imposed for reasons that don’t relate to nuclear weapons. Only those sanctions imposed because of Iran’s nuclear program will be lifted.

Dr. Clawson also said that Ayatolla Sayyed Ali Hosseini Khamenei, Iran’s current supreme leader, fears the U.S. will foment regime change in his country. He fears that young Iranians are attracted to Western ways and views Hollywood as much more dangerous to him than tanks.

He also believes that Iran will cheat, testing the agreement, but that it will wait for the economic sanctions to be lifted before doing so. 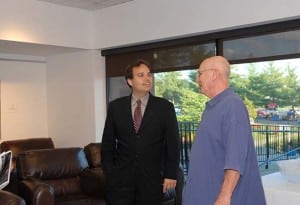 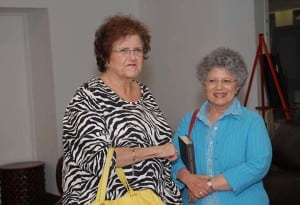 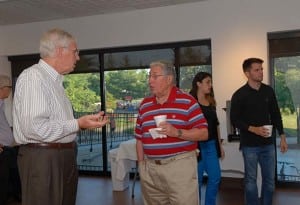 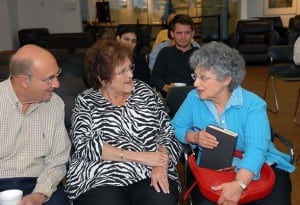 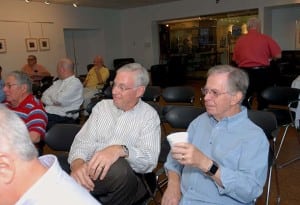 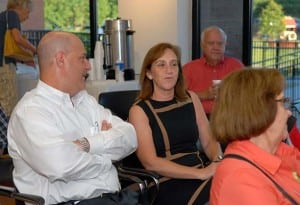 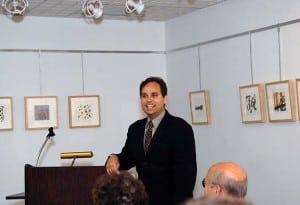 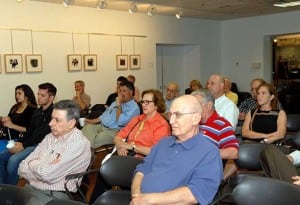 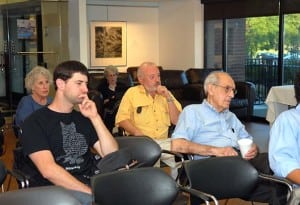 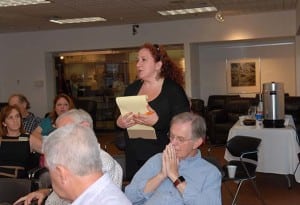 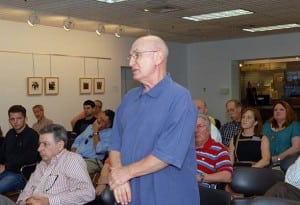 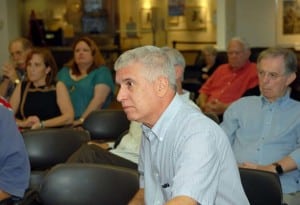 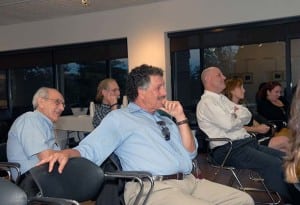 Seven-year-old Vaughn Michael Ramirez came away with the grand prize for the third annual Louisville’s Got Talent presented by CenterStage and Jake Latts. Ramirez preformed a hip-hop dance to “Let Me Clear My Throat” choreographed by Molly Whiting from 360 …

Joyce Bridge was elected president of the National Council of Jewish Women, Louisville Section, in May, and is now looking forward to her two years in office and helping implement change in the organization. NCJW is a grassroots organization of …