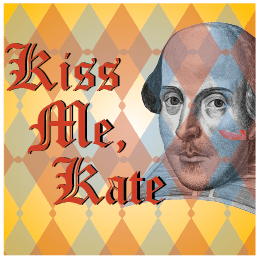 An audience favorite for nearly 70 years, this smash hit musical is “Too Darn Hot” to be missed! Kiss Me, Kate is set to open CenterStage’s 2017-18 season. This classic, musical comedy will be performed July 6-23 in the Linker Auditorium at the Jewish Community Center. Tickets are $20-22 in advance or $22-24 at the door and can be purchased by calling 502-238-2709 or online at www.CenterStageJCC.org. $12 Rush tickets can be purchased on weekday performances in person at the box office as long as tickets are available, limit two per person.

Passions run high as leading lady, Lilli Vanessi (Shannon Speicher) and her ex-husband, actor/director, Fred Graham (Josh Gilliam), battle onstage and off in a new musical version of Shakespeare’s Taming of the Shrew. With romance, comedy, sophistication, and behind-the-scenes high jinks, Kiss Me, Kate combines the irreverent humor of two brilliant writers: Cole Porter and William Shakespeare. Musical numbers include “So In Love,” “Wunderbar,” “Tom, Dick or Harry,” “Too Darn Hot,” “Brush Up Your Shakespeare,” “I Hate Men,” “Always True to You (In My Fashion)” and “Another Op’nin, Another Show.”

Kiss Me, Kate has been a jewel in Broadway’s crown for nearly 70 years. The original Broadway production in 1948 swept the Tony Awards and the 1999 Broadway revival received seven additional Tony nominations.

CenterStage’s 2017-18 season will also include Smokey Joe’s Café: The Songs of Lieber and Stoler; Jekyll & Hyde: The musical, Driving Miss Daisy, Andrew Lippa’s Wild Party and Disney’s The Little Mermaid. Season Subscriptions are now on sale and can be purchased by calling 502-238-2709 or online at www.CenterStageJCC.org.

The JCC is honoring the artistic skill of its members with a new Patio Gallery exhibit called “Our Community – Artistry of our Members.” It features Ron Anderson, Gweneth Dunleavey and Gibbs Rounsavall, all members of The J and all …

Before a capacity crowd heard from this year’s honorees at the JCL Annual Awards Meeting, they first listened to Jane Goldstein, and she had a serious message. As Goldstein, along with Jon Fleischaker, was recognized for her work as co-campaign …

The J and its partners over the years have played a major role in something Jewish Louisville cares about, L’dor V’dor, “From Generation to Generation.” So much so, in fact, The J regularly hears from members and guests, reflecting on …