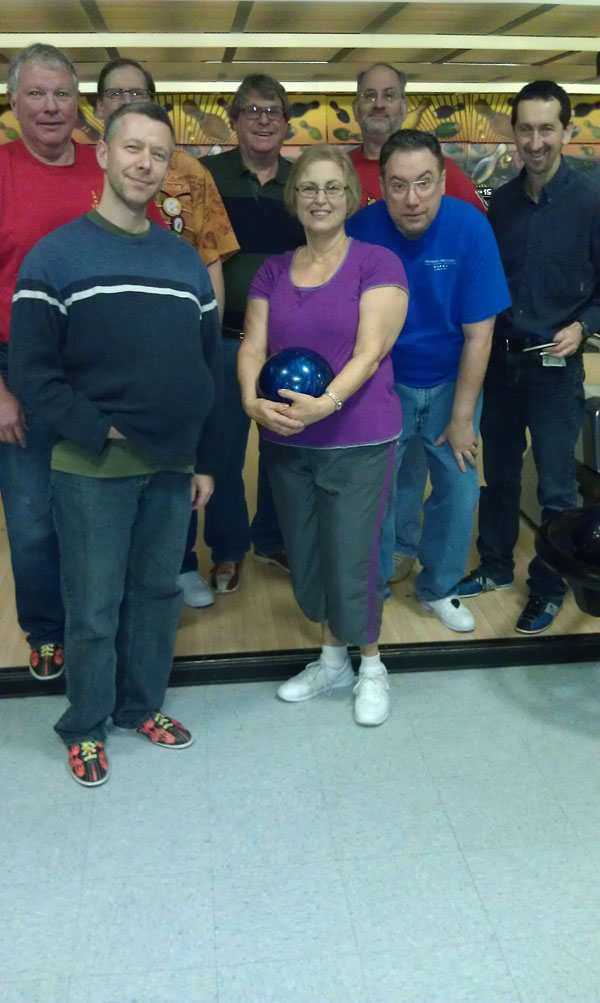 The quarterly synagogue bowling championship took place at Ten Pin Lanes on Sunday, January 22. Both the large golden bagel and booby prize (for lowest score) baby bagel were up for grabs.

Adath Jeshurun, captained by Jeff Slyn, brought their most number of bowlers since competing. They had won the “trophy” at least twice before but always open up the tournament to the entire congregation since it’s such a fun time. Despite another tough competition, AJ proudly brought home the Golden Bagel for the next three months.

Bowl-A-Palouza is one of those few times a year all congregations are represented in the same place at the same time for a fun event. Another is the Mickey Miller Synagogue Softball league, which takes place every May-August.

The “kinderbowl” once again took place at the same time.

Thanks to the Keneseth Israel Men’s Club for continuing to sponsor the event each quarter.

If you have an interest in playing softball this coming spring, please contact Jeff Slyn at 426-5469 and he’ll find a team for you to play on. 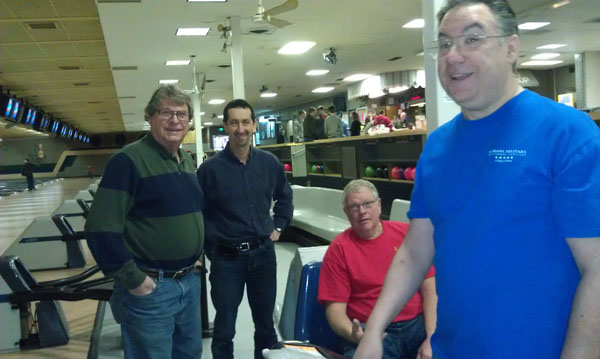 Masa Israel has announced that Israel Teaching Fellows  (http://cl.s4.exct.net/?qs=4e52ccfec9a8626eed79bbcb38683af7d2cb2b614073e1e3c7a41e94e78f69fe) is now accepting application for its second cohort. Due to  the success of this year’s cohort of Israel Teaching Fellows, the Ministry  of Education has decided to open the fellowship to …

Stage One Family Theatre will present Number the Stars at the Kentucky Center for the Arts’ Bomhard Theater on Sunday, February 19 at 2 and 5 p.m. During the German occupation of Denmark in World War II, the Nazis closed …

[by Phyllis Shaikun] You might remember reading about Jeremy Podgursky last month in the Courier-Journal’s December 11th edition. The paper gave the 35-year-old composer, who grew up in Louisville and is currently a Jacobs Doctoral Fellow and associate instructor in …