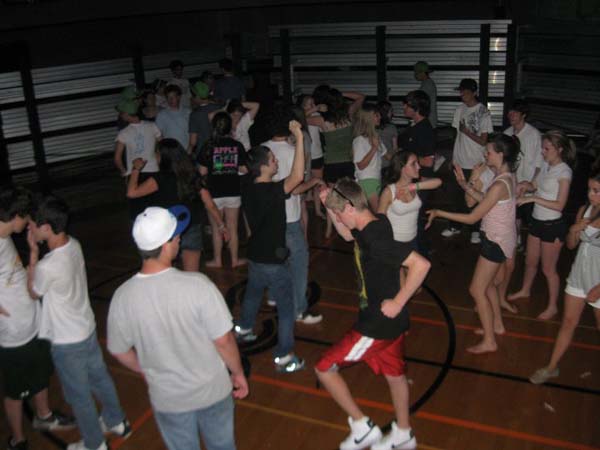 [by Sarah Ensign and Molly Fine]

On Saturday, May 15, BBYO teens from across Kentucky, Indiana, and Ohio (KIO) raised over $3,800 for Darfur and other local charities at the first “Stand Up! and Dance” Marathon. This-fun filled night was combined with BBYO’s annual Beau/Sweetheart Dance.

KIO teens spent 12 hours dancing the night away standing up for those who can’t stand for themselves. It was a challenge for some to stay awake, but with the help of food, music and prizes, most participants did a great job staying on the dance floor! With an attendance of around 80 teens, Louisville is very proud to show how great our city is, and we hope to host more region-wide events in the future.

Community service and social action are a large part of BBYO, and our campaign for Darfur has greatly influenced our teens to help out people in need. BBYO’s International Order introduced the Stand Up! Campaign in February of 2009 to increase the amount of social action/community service in Jewish communities around the nation. Each region has its own organization it advocates and raises money on behalf of.

Fundraisers have been held in numerous chapters in KIO to raise money for Darfur over the past 6 months, along with the Dance Marathon, to show how passionate we are about saving Darfur and stopping the genocide that we as Jew’s once had to endure.
Each city throughout KIO also chose a local charity to donate a portion of their donations as well. The Louisville teens supported Meghan’s Mountain, a nonprofit charitable foundation dedicated to the eradication of cancer and generating awareness and resources for cancer sufferers and survivors.