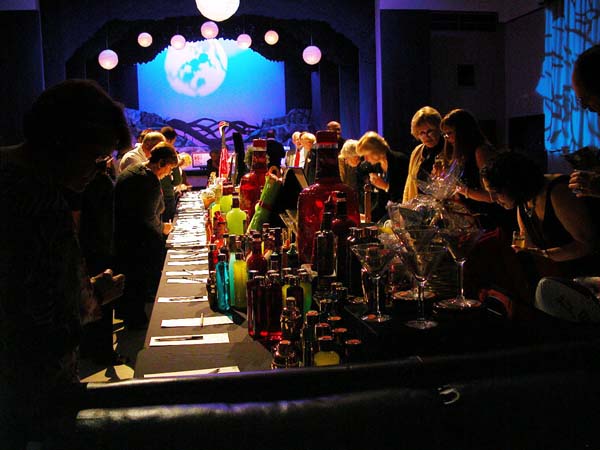 Last Saturday night, November 13, truly was “Some Enchanted Evening” for the close to 200 people who attended Light Up CenterStage (a.k.a. the “John Leffert Love Fest”) at the Jewish Community Center. This was Light Up CenterStage’s sixth year, and it is still going strong!

The JCC was all dressed up for the occasion, as were the guests, who enjoyed the delectable hors d’oeuvres and an open bar in the Patio Gallery. The auditorium looked like a dimly lit supper club graced with tables holding a virtual banquet of silent auction items as the centerpiece. When bidders decided to take a break from watching to ensure they were not overbid on the items they wanted, they lingered at four dessert tables laden with sweets of every sort.

When the lights went down, the cast of talented CenterStage singers and dancers took to the stage and put on a show that brought credit to them and to Leffert, who says they learned their lines and dance routines in just four days! He was truly farklempt.

After the show’s intermission and another round of bidding, the silent auction was closed and guests were invited to return to a completely new set of dessert offerings. Once again the lights were dimmed for the second production of the evening, and the CenterStage players performed their way through the title numbers from musicals scheduled to be offered by CenterStage next season. What a treat! A live auction for several dinner and entertainment packages closed the evening program.

If you missed this year’s Light Up, Leffert can assure you the show will continue again next year – and everyone is invited!