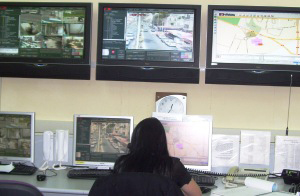 The Second Lebanon War in the summer of 2006 dealt a heavy blow to residents of northern Israel.

During the 34-day conflict with Hezbollah, 43 Israeli civilians and 120 IDF soldiers were killed, 4,262 civilians were injured and 350,000 residents of the North left their homes to areas out of range of rocket fire.

In a striking show of national solidarity, Israelis throughout the country opened their homes to friends and family and even complete strangers from the North. Meanwhile, American Jews opened their hearts in a different way, by contributing $350 million to the Jewish Federations of North America’s Israel Emergency Campaign (IEC).

Donations to the campaign were especially high among residents of the 16 American Jewish communities in Texas, Ohio, Indiana, Kentucky, Iowa, and Nebraska partnered in the Jewish Agency’s Partnership 2000 program with Acre and the surrounding Mateh Asher Regional Council in the heart of northern Israel.

The communities in what is known as the Central Area Consortium raised $14 million for the emergency campaign, in addition to their normal contributions to Federation. After the war, the communities in the consortium decided to directly help their friends in the North by allocating at least 30 percent of the money raised for the national Israel Emergency Campaign specifically to Acre and Mateh Asher.

That funding, which amounted to more than $4.5 million, was divided  equally between the Western Galilee Hospital in Nahariya, which  serves the entire region, and several projects of municipalities,  organizations and institutions in Acre and Mateh Asher that aim to  improve the residents’ security and quality of life.

More than three years later, the impact of that funding is already clear. According to residents of the region, the people of the 16 communities who donated to the Israel Emergency Campaign collectively made a real difference in making their lives better.

“The war enabled American Jews to come in personally and make an impact here,” said Beth Zuriel, the Central Area Consortium’s director. “They had lemons and made them into lemonade. A war is a  crisis but crises bring resources that make more of an impact than would have been made otherwise.”

The hospital was a focal point in the war. A makeshift emergency room was assembled underground that over 33 days treated wounded soldiers and civilians, who were taken there from a much larger area than the hospital normally serves, because other hospitals did not have underground facilities. Moving underground spared anyone from getting hurt when a rocket directly hit the hospital.

Much of the leadership of the 16 Jewish communities in the consortium  came on a solidarity mission during the war and visited the  underground facilities, which the hospital’s CEO, Dr. Nasad Barhoum, said had been prepared in 2000 when Israel evacuated southern Lebanon “to be ready for an occasion we couldn’t have imagined would happen.”

Hospital officials and the leaders of the Jewish communities decided that the hospital’s most acute need was a new emergency room to replace its outdated facility, which could not be used during the war, because the one-story building it was in was not protected from rocket attacks.

The more than $2.25 million allocated by the consortium was matched by the Jewish Federations of North America. That combined amount was then matched by the Israeli government and led to further donations from other organizations. Barhoum said that without the consortium’s allocation, the $25 million project that will be completed in 2012 could never have gotten off the ground.

“We tried many times before to ask the government to allow us to build new buildings to adapt the hospital to the security situation,” Barhoum said. “The IEC donation motivated the government to take the project on its shoulders and invest. The new ER will be much more modern, have more beds and space, and will be adapted to the new demands of the growing community while still being much more protected.”

The new emergency room was just one of many ways in which the lives of the residents of the Western Galilee were vastly improved due to the donations that came as a result of the war.

Both command centers are seen as models for other civilian security facilities across the country in protecting residents from crime and solving many other problems. The command centers were especially  active during the war, serving as bases for police, municipalities, Magen David Adom, and the IDF Homefront Command to handle the needs of the 70,000 people of Acre and Mateh Asher.

The Mateh Asher facility, which was built a year before the war  thanks to donations from the Jewish Federation of Indianapolis and  other consortium communities, was instrumental in stopping an  epidemic of livestock thievery from the many agricultural communities in the region.

Looting escalated during the war when 85 percent of the people left the region. Since the cameras were installed and the command center started controlling the gates to the communities, theft has gone down to infinitesimal numbers.

Acre security director Alon Aharon said the good relationship the city built with residents during the war continued after it ended and resulted in a community-wide effort that, along with the security cameras, cut down crime in the city by an impressive 74 percent and drastically decreased damage from vandalism.

Since the war, the 24-hour security command center has received thousands of calls a month and played a key role in the lives of the residents. The money saved by preventing vandalism allowed Acre to hire more staff and expand its community policing program.

“Without the funding from the Israel Emergency Campaign, nothing would have taken off,” Aharon said. “Acre was in debt. We didn’t have money for the command center or the cameras. The war gave us the opportunity to connect to the residents. The public thanked us for our help and started helping us, because we had their trust.”

To further improve the quality of life in the region, the consortium allocated $90,000 to scholarships for students at Western Galilee College (WGC). The scholarships are contingent on the students remaining in the region after they graduate, defying the trend of students moving to the center of the country where there is more work.

“The requirement to stay in the Western Galilee was important to us, because we want the region to be a place where young people will want to stay,” Zuriel said.

To earn the scholarships, the students are required to donate their time to community service projects that they propose. Only single mothers are exempted from the requirement.

“The students’ contribution to the community is tremendous, but they also end up helping themselves,” Ben-Simon said. “It improves their self-esteem to know that they are helping others. It teaches them values like social sensitivity, so they won’t be selfish. This will make them better people when they enter the work force. That’s why it’s a lot more than a scholarship.”

WGC student council chairman Avichai Abadi said the scholarships had been a big help to many of his friends, as had a student employment placement center at WGC, which received a $50,000 allocation from the consortium.

“There is not enough work here in the periphery and that makes it difficult,” Abadi said. “I love Acre. It’s my hometown. If I can’t  find the job I want, I’ll make do with what there is, but not
everyone is like me. I have a lot of friends who got the scholarship and it helped them stay in the region.”

WGC official Nisim Lagziel said that since it was created a year and a half ago, the employment placement center had connected 120 students to jobs. The center is in contact with all the factories and  companies in the region and conducts workshops for students to prepare them for job interviews.

“We created something new in the college, and we couldn’t have done it without the funding,” Lagziel said. “We help students stay in school and find permanent employment when they graduate. This was a gift that has made a real impact.”

The IEC also helped out several local organizations for people with  special needs, including Wings, a two-year preparatory program for  young people with physical and sensory disabilities who do community  service projects across northern Israel.

The war caught the program without secure rooms or shelters for the handicapped, and it was difficult evacuating handicapped people from the North because train service stopped during the war. Yet Wings  managed to send all its participants out of harm’s way and even found them projects to work on in the center of the country.

Meanwhile, a $50,000 contribution from the IEC funded the immediate building of secure rooms for the program.

Another program that benefited was Begova Einayim (eye to eye), a youth movement for teenage Jewish and Arab Galilee residents with sight impairment and blindness.

“The help that came with the war in Lebanon came at a critical time for all our programs,” said Susan Nirens, who directs Wings and Begova Einayim. “The funding gave us leverage when it was absolutely needed. It allowed us to take precautions and responsibility. We feel much more prepared now for any emergency. But let’s hope no more emergencies arise.

Editor’s Note: This article is distributed by the Jewish Agency for Israel (JAFI).  Visit them online at www.jewishagency.org.