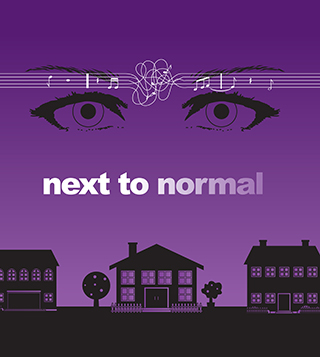 Next to Normal is not an easy musical to watch. It’s an intense one that deals with an issue some people, for whatever reason, still find taboo.  However, due to the fact everyone knows someone who had or has some kind of mental illness, Next to Normal is necessary. The Centerstage cast took on the musical and provided a gripping, emotional, superbly performed tale that ranks with some of Centerstage’s best work.

Next to Normal focuses on a family being torn apart by mental illness. Melissa Kenney Shepherd portrays the mother, Diana, who is suffering from the illness.  The family tries to cope with her problems. Jeremy Moon, as father Dan, attempts to help Diana. Meanwhile, Lauren McCombs, as daughter Natalie, finds solace in a piano practice room and later with her boyfriend, Henry, portrayed by Mitch Donahue.

Read the rest of the article here:

It’s that time of year again. The Jewish Community of Louisville invites you to Save the Date for the Annual Major Gifts Event. Major Gifts will be held on Saturday, November 17, 2012.  Please mark your calendars and stay tuned …

[by Emily Levin] There are many great experiences children can take part in around the time of their b’nai mitzvah. Each year, many Jewish students in the 7th grade take advantage of a community service program sponsored by Jewish Family …