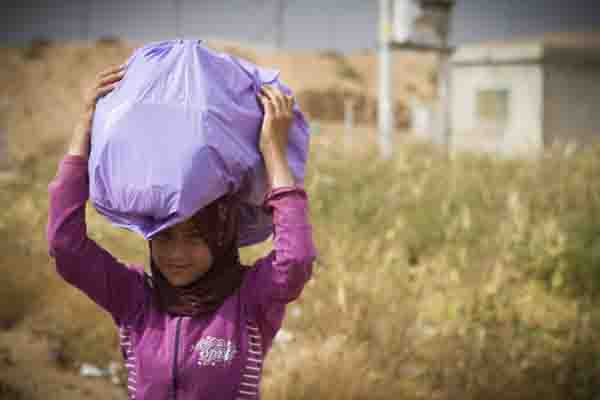 In recent years, Netanyahu has said the enmity for Iran shared by Israel and the Arab states could become a spur to regional reconciliation. Last week, in a speech to the Knesset, he noted the “many issues” on which Israel and the Arabs have shared interests could open up “new possibilities,” including a peace accord with the Palestinians.

But while experts say that intelligence sharing between Israel and the Persian Gulf states has grown in recent years, thanks in large part to the facilitation of the United States, the possibility of a breakthrough appears to be overstated.

“There may be some common interest on Iran and how to reply to Muslim Brotherhood groups,” said Brian Katulis, a senior fellow at the liberal Center for American Progress. “That doesn’t mean these countries are going to play ball with Israel. It’s quite a stretch to imply that this means these countries will coordinate” on defense issues with Israel.

Israel has long maintained low-level representations in a few of the smaller Arab Gulf states. But any serious breakthrough would likely hinge on Saudi Arabia, which enjoys outsized influence in the Arab world because of its unparalleled oil wealth and curatorship of the holiest Islamic sites.

Simon Henderson, the director of the Gulf and Energy Policy Program at the Washington Institute for Near East Policy, said there had been increased rapprochement in recent years among Israel, the Saudis and the Gulf states because of shared concerns over Iran and the Arab Spring.

“For many years, the Israeli Mossad and the Saudi General Intelligence directorate have maintained a backchannel communications link,” Henderson said.

Prince Turki bin Faisal al Saud, the Saudi ambassador to Washington from 2005 to 2007, acknowledged his country’s interest in preventing a nuclear Iran and tamping down extreme forms of Islamism, but blamed Israeli recalcitrance for the failure to achieve a breakthrough in relations.

“Israel is kept out particularly as far as Saudi Arabia is concerned because it’s keeping itself out,” Turki said this week at the annual conference of the National Iranian American Council.

Turki noted that the 2002 Arab League peace offer, which proposed comprehensive peace in exchange for an Israeli return to the 1967 lines, was unrequited.

“No one has come forward and said let’s sit down and talk about it,” Turki said. “If Israel is isolated in the area, it is because it chooses to be isolated.”

The sticking point is not only Israeli-Palestinian issues, Katulis said, but Israel’s insistence on keeping alive the possibility of a military strike on Iran. He said the Arabs are deeply divided on the issue.

In his Knesset speech, which marked the 40th anniversary of the 1973 Yom Kippur War, Netanyahu said a main takeaway of the war was that preemption was a valuable tool and should not be ruled out. Such talk spooked Turki.
“A preemptive strike would be catastrophic for the area and completely within the purview of a personality like Mr. Netanyahu,” Turki said.

On Sunday, October 13, Acting Out, CenterStage’s professional children’s theater company, presented a public performance of And Then They Came for Me: Remembering the World of Anne Frank in the Jewish Community Center’s auditorium. The audience included many students from …

Coming of age as a Jew is much more than having a bar or bat mitzvah ceremony and celebrating with family and friends. It’s about being counted as an adult in the Jewish community and taking responsibility for doing your …