Those words are the start of a stirring poem by Pavel Friedmann, a child inmate of the Terezin Concentration Camp during the Holocaust. Several stanzas later, he concluded, “Butterflies don’t live here in the ghetto.”

While butterflies might not have dared to enter the ghetto, children were forced to. Still their spirits, captured in lines of poetry, prose and drawings, survived, crossing the barbed wire barriers and carrying their stories down through the years, where today they connect with young people in our own community.

This year, the Jewish Community of Louisville’s communitywide Yom HaShoah Commemoration (Holocaust Day) will showcase the creative work Terezin’s young prisoners and today’s young people whom they touched. The program will be on Wednesday, April 18, at 7 p.m. at The Temple.

Celeste Rasplantl has taken the book, I Never Saw Another Butterfly, and created a play to make the material more accessible. Audrey Nussbaum, who will perform the piece, wrote, “I am 14 years old and am a member of the speech team at Kentucky Country Day School. I chose the piece, ‘I Never Saw Another Butterfly’ by Celeste Rasplantl as my performance piece. This piece is about a girl named Raja who is around my age, but there is a major difference between us. She lived through the Holocaust.

“One reason I chose this piece,” Nussbaum continued, “is because it has a lot of depth to it. Raja has been through so much at such a young age. My goal is to touch the audience and help them learn about the Holocaust. I want the audience to walk away feeling more connected to the people who lived or died in a concentration camp.”

“We’re at a pivotal moment, making sure we pass on the stories and memories to the next generation,” said program co-chair Cindy Schwartz. “That’s why this year’s program is being built around youth participating and presenting.”

The program will also include the traditional candlelighting and recalling the names of those who perished during the Holocaust whose families now make their homes in Louisville.

Cindy Schwartz and Fred Whittaker are co-chairs of the 2012 Yom HaShoah Commemoration.
Schwartz and her husband, Matt, came to Lousiville 18 years ago. They have two children, Bradley, 11, and Carly, 14. She is an attorney who retired from practice when her first child was born. She has taught Hebrew and volunteers at her children’s school. 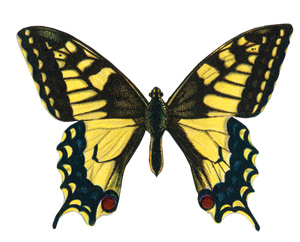 Earlier in the week, the community is invited to a showing of the movie, Berlin 36. Shown earlier this year as part of the JCL’s Jewish Film Festival, Berlin 36 recounts the true story of Jewish high jumper Gretel Bergmann and the 1936 Berlin Olympics. The film, which sold out during the Film Festival, will be shown on Sunday,  April 15 at 4 p.m. at the Village 8. Tickets are $8.50 in advance or $10 at the door. Call the Jewish Community Center, 459-0660, to order your tickets.

[by Suzanne Kurtz] WASHINGTON (JTA) – Rabbi Stuart Rosenblatt, a suburban Washington spiritual leader, jokes that “The second night of Passover was invented because God knew there would be in-laws.” The first seder may last late into the night as …

[by Shiela Steinman] In just a couple of weeks, we will sit down to our Passover Seders and read that we were slaves in Egypt – prisoners, forced to do Pharoah’s bidding – and we will pray for the release …