There was a time, not long ago, when being Jewish meant being a member of a congregation, praying in services in a synagogue and paying to belong. It often seemed like an obligation – this was the way things were done, and if you were Jewish, you did it this way.

Today, many people are opting out of the Jewish practice of their parents or grandparents. They are looking for a way to connect that is more relevant to them and fits into their lifestyles. 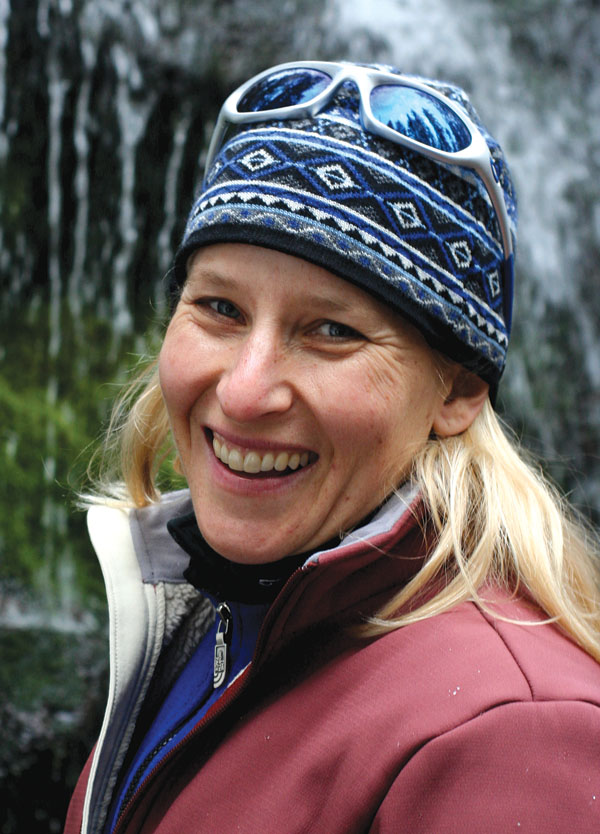 Rabbi Jamie Korngold, the chief spiritual officer of the Adventure Rabbi Program, is a nationally recognized expert in reaching out to unaffiliated Jews via cutting-edge, out-of-the-box Jewish programming and the use of technology. The Adventure Rabbi is coming to Louisville on Thursday, March 29, to share her story, and the women of the community are invited hear her.

A Women’s Evening Out, presented by the Jewish Community of Louisville’s Women’s Philanthropy Division, will be held at The Olmsted, 3701 Frankfort Ave. The program will begin at 7 p.m. Heavy hors d’oeuvres will be served, and a vaad-approved option will be available upon advance request. The cost is $25 per person.
“This is going to be a ‘Girls Night Out’ kind of event,” said Co-Chair Janet Hodes. “It’s going to be so much fun! Girlfriends, cocktails, hors d’ouevres and adventure … what a great combination! And a rabbi who’ll cause us to look at our ancient traditions with contemporary vision. I can’t wait!”

“It’s always great to put several generations in one room,” said Co-Chair Shane Shaps. “We all learn from the speaker, no matter what stage of life we are in. As Jewish women in this community, these events give us a reason to get together and enjoy the community we’ve built, and continue to nurture.”

Rabbi Korngold has a B.S. in natural resources from Cornell University and received her rabbinic ordination from Hebrew Union College in 1999. She has more than 20 years experience as an outdoor guide and group leader, and is the author of four books: God in the Wilderness: Rediscovering the Spirituality of the Outdoors with the Adventure Rabbi (Doubleday, 2008); Breakfast in the Sukkah (KarBen, 2011); Sadie and the Big Mountain (Kar-Ben, 2012); and Ori and the Super Shamus (KarBen, 2012).

An experienced outdoor adventurer, Rabbi Korngold has completed the Leadville Trail 100, a 100-mile running race, in less than 30 hours, and was ranked fourth nationally for telemark mogul skiing.

Rabbi Korngold is best known for her ability to make Judaism relevant, meaningful, and accessible, opening the doors back to Judaism for thousands of disenfranchised Jews. Through her nature-based approach to religion, she is able to bridge the gap between scientific thought and religion, healing a fissure that often disrupts spiritual paths.

Through her Adventure Rabbi Program, she offers programs for every major Jewish holiday and holds monthly Shabbat services on the snow at Copper Mountain during the winter and on the trail in Boulder and Denver, CO, and Flagstaff Mountain in the summer. She specializes in experiential teaching of eco-Judaism as well as Jewish ritual, practice and theology.

Her congregation is a loose affiliation of about 3,000 people who take part in her program. She encourages participants to choose events and programs that are personally meaningful, so most participants are not “members” in the sense that a traditional synagogue would use the term.

The co-chairs of the event are Janet Hodes, Eleanor Schwartz, Kim Schwartz and Shane Shaps. Kate Latts is the Jewish Community of Louisville’s Women’s Philanthropy Chair.

Those in attendance will have the opportunity to make their commitments to the 2012 Federation Campaign.
Register or contact Mary Jean Timmel at mtimmel@jewishlouisville.org or 238-2739 by Monday, March 26.

by Allan Day I pride myself on being decently knowledgeable about world cinema. However, when it comes to Jewish cinema the first things that come to mind are thoroughly American comedians like Mel Brooks and, my personal favorite, Woody …