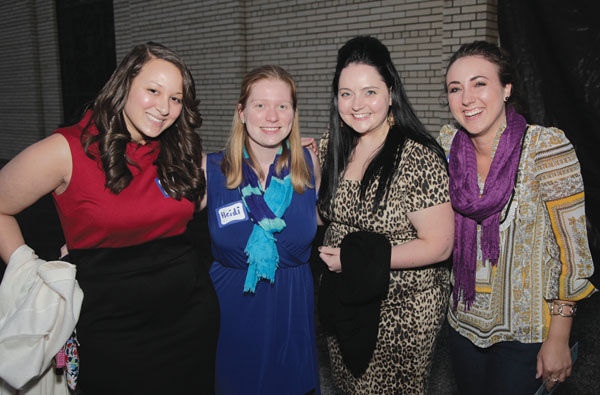 The fall festival of Sukkot is a great time for gathering with friends and enjoying meals together. In fact, when you eat in a sukkah, you fulfill one of the mitzvot of Sukkot. This year, several groups did just that.

University of Louisville student Josh Goodman received a grant from Birthright Next to build a sukkah outside his apartment near campus. With help from his friends, he built a kosher sukkah and celebrated the holiday by inviting Hillel students over for pizza on Tuesday, October 2.

At the gathering, the students recited the blessing for the lulav and learned about the symbolism of the four species – the willow, myrtle and palm branches of the lulav and the etrog.

The fun continued with dessert as the students created edible sukkot out of graham crackers and candy.

At Bellarmine University on Thursday, October 4, Rabbi Michael Wolk of Keneseth Israel spoke to a group of students – both Jewish and non-Jewish – about the meaning and significance of Sukkot and the symbolism and traditions of the four species. He brought a lulav and an etrog with him for all to see. He also invited students to ask general questions about Judaism.

Bellarmine provided a vegetarian lunch for the event.

Later that day Keneseth Israel Congregation and YAD (the Young Adult Division) organized an adult-only event, Ceviche in the Sukkah, to provide a modern twist on Sukkot traditions. Everyone enjoyed food prepared in the KI kitchen by the staff from the Mayan Café. There was also an open bar provided by Heaven Hill Distilleries.

The weather was beautiful and participants were able to visit with friends and meet with people new to the Louisville community.

Hillel and YAD are sponsored by the Jewish Community of Louisville. Tzivia Levin Kalmes is the director of both groups.

The photos on this page were taken at the Ceviche in the Sukkah event by Ted Wirth.

JERUSALEM, November 12, 2012 (JTA) — Representatives of Palestinian terrorist groups agreed conditionally to a cease-fire with Israel that included a stipulation that they had the right to respond to Israeli aggression. At a meeting Monday evening in the Gaza …