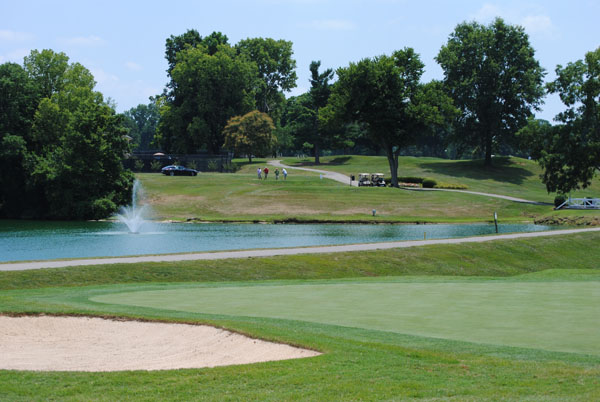 For the second consecutive year, the outing was held at Standard Country Club and included a Tennis Challenge, Bridge Tournament and silent auction. While the event was a success, the final amount of money raised is still being calculated.

“I am very proud of this year’s Golf Challenge,” said Golf Challenge Event Chair Doug Roemer. “The weather was almost perfect and it made for an excellent turnout, not only for golf but for Tennis and Bridge as well.”

Before the competitions began, players dined on lunch from Jason’s Deli and warmed up on the driving range and putting green. Dinner was a buffet from the Standard Country Club including bowtie pasta and fried chicken. After dinner the following awards were announced:

This summer is proving to be a penultimate one for Israel’s neighbors as they struggle through free elections, popular uprisings, and crippling sanctions. Egypt has narrowed down the choice for its next President to two figures, one a former regime …

[by Emily Levin, JCL Summer Intern] Summer camp is off to a great start at the JCC! Already, over 500 children from 20 months through 10th grade are enrolled in various programs that will take place throughout the summer months, …

The new Seng Jewelers Wading Pool is now open to the public! The pool will prove to be very popular with a zero depth entry, deck jets and bubblers. Please be safe in the expected heat over the next few …