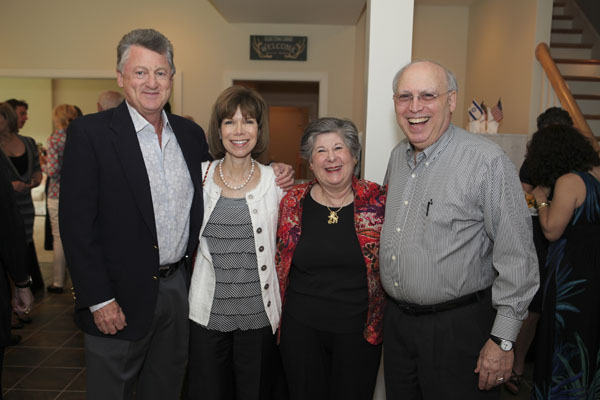 Donors of major gifts to the 2012 Federation Campaign were treated to an appreciation dinner on Sunday, April 29, at the home of Alison and Stu Silberman. This was also an opportunity for those in attendance to meet and talk with four-time Olympic Gold Medal winner Lenny Krayzelburg and the Jewish Community of Louisville’s new chief development officer, Stew Bromberg. Ralph Green, the 2012 Federation Campaign Chair, thanked those present for their leadership and support.

Stu Silberman is the JCL’s president and chief executive officer.

The experience a child has in preschool lays the foundation for success in school and throughout life, so choosing the right preschool for your child is a critical decision. The Louisville Jewish community is blessed with several high quality preschools. …

Calling all golfers, tennis pros or bridge players. Registrations are due by June 10 for the Republic Bank Golf Challenge, to be held Monday, June 25, at the Standard Country Club. The event benefits both the Jewish Community Center and …