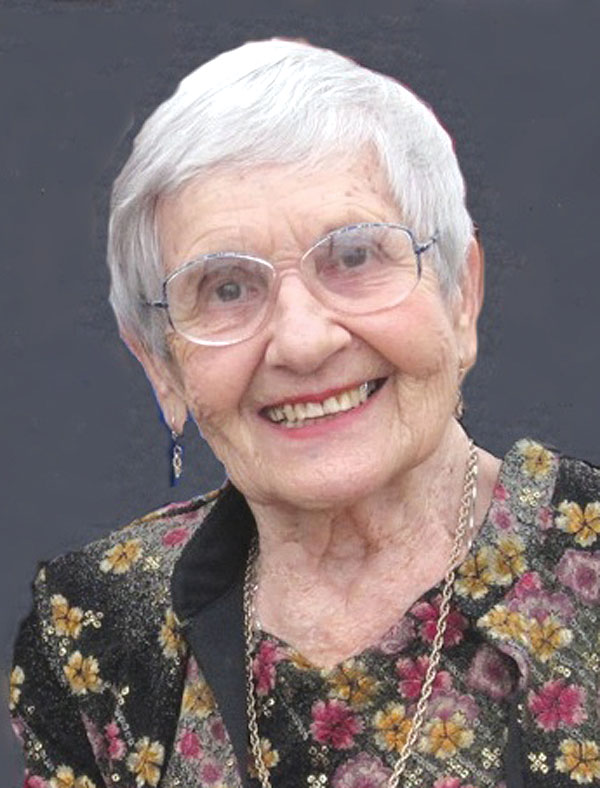 Ann Klein, 90, was truly special. When she died on Monday, February 13, the Jewish community, the city of Louisville and the Commonwealth of Kentucky lost a real treasure.

She never met a person who wasn’t her friend. She always had a warm smile and a kind word to say. But Ann Klein was also a consummate teacher, willing to push herself to the brink of the emotional abyss time and again until her health failed and she no longer had the strength to keep going.

You see, Ann Klein was a Holocaust survivor who found the courage and strength to talk about her experience time and again. She regularly visited classrooms to educate young people about the Holocaust and to teach tolerance and love, and she frequently traveled with groups of students to the U.S. Holocaust Memorial Museum.

Born in Eger, Hungary in 1921, she attended a Catholic high school, even though she was Jewish, and graduated in 1939. She and her family didn’t believe that what was happening in Germany could happen to them. But the Germans invaded Hungary on March 19, 1944, and reached Eger the next day.

She and her family were forced to wear yellow stars on their clothes and soon were moved into a very small ghetto. Sent first to a brick factory and later to Auschwitz, she made it through Dr. Mengele’s selection and wound up working in the camp kitchen. Although she survived, she lost most of her family.

Her husband, Sandor, was from the same town, but made it to the U.S. and served in the American Service during the war. They had been sweethearts before the war, and in 1947, he invited her to this country and they were married a few weeks later.

She began working as a seamstress in a department store in Washington, D.C. while she learned English and worked until her first child, Andy, was born in 1948. From there, the Kleins moved to Bloomington, IN, where he earned his Ph.D. in psychology.

In 1950, Elizabeth was born, and then the young family moved to Louisville. The Kleins had two more children, Linda in 1954 and Robert in 1960. A stay-at-home mother, she volunteered at her children’s schools and worked with a young girl in foster care.

Later, the family suffered another tragedy. Andy was injured in an accident and left paralyzed. Very independent in spirit he carved out a new life for himself, moved to California and became a social worker. “He made our life very much easy,” Klein explained, “and helped us accept” his condition.
In 1999, however, Andy died.

For many years, Klein didn’t talk about her Holocaust experiences at all. In the beginning, no one wanted to hear about it and it was too painful to discuss. In 1996, a friend of hers, a professor at the University of Louisville, convinced Klein that the time had come to share her story. In 2009, Klein told Community, the friend “came for seven weeks in a row to tape my story. It was the first time I really talked about it.”

Soon after that, she began speaking about the Holocaust regularly. The calls came from all over the region, and she often returned to the same schools year after year. Church groups sought her out, too.

And of course, there’s St. Francis of Assisi. She worked closely with Fred Whittaker and his eighth grade students succeeded in 2008 in getting the Kentucky State legislature to pass the Ernie Marx Resolution, which encourages and supports Holocaust education across the Commonwealth. She spoke at the school many times and they were among the groups she took to the Holocaust Museum.

“St. Francis is my favorite school,” she once said. During an illness, she recalled, students from the school “came by and left a big envelope of notes from the 7th and 8th graders.” Klein said. “If we had kids and teachers like that, maybe the Holocaust wouldn’t have happened.”

Klein’s bond with Whittaker was so close, that it was he who delivered her eulogy at her memorial service on Thursday evening, February 16, to a packed house at Temple Shalom. His words were a beautiful, lyrical tribute to this remarkable woman.

In 2009, Klein received the Ronald and Marie Abrams Volunteer of the Year Award from the Jewish Community of Louisville.

Klein was a member of Temple Shalom and the National Council of Jewish Women, Louisville Section.

On Friday, March 9, Harvard University professor and best-selling author Robert Putnam will speak during Sabbath services at 7:30 p.m. at The Temple as part of the Martin and Ginger Lewis Lecture Series. Dr. Putnam is a widely respected scholar …

The JFCS Robert and Marjorie Kohn Pledge 13 Class of 2011-12 has been extremely busy this year. The program, which encourages students to perform community service during the year leading up to their b’nai mitzvah, choose the projects that interest …