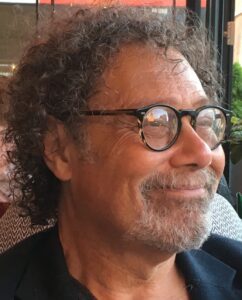 Rev. Martin Brooks’ Jan. 28 column in Community about the synagogue standoff in Colleyville, Texas, shows off the alliance between Jews and other leaders who have the courage to care. I do not take lightly how difficult it may have been for Rev. Brooks to speak out, so his words are much appreciated.
I want to offer some additions, even some friendly correctives, to what Rev. Brooks wrote, in the spirit of building bridges and presenting a perspective of Jews as not only a religious group, but also as a people.
Since his article was published, antisemitic events have continued: vandalism and attacks on Jews and Jewish-owned buildings and synagogues in Chicago; a neo-Nazi rally in Florida; the banning of Art Spiegelman’s MAUS about Jewish genocide in the Holocaust; and others I haven’t even heard about. Yet this isn’t new, nor did it begin with the Holocaust or even with many European Jews fleeing pogroms to come to America.
When Shakespeare wrote The Merchant of Venice in 1600, he had never met a Jew. We had been exiled from England about 300 years earlier, accused of draining blood from Christian children. Shakespeare took that “othering” and the libel of needing blood for rituals and coupled it with edicts that made Jews into the moneylenders and bankers in Christian Europe. From these blood lies, he wrote one of the world’s most performed, though antisemitic plays, portraying a despicable Jewish moneylender, Shylock, who wants to cut a pound of flesh from the merchant Antonio as forfeit for his bond.
Expanded upon over the centuries, this trope became more conspiratorial, depicting Jews as seeking world domination through capitalism, or socialism, or in secret plots such as The Protocols of the Elders of Zion, and depicting Jews in grotesque caricatures. Films and plays such as The Eternal Jew and Jew Suss showed these conspiracies to a sympathetic public.
Today, the lies include beliefs that Jews control the news media and Hollywood, that Jews invented COVID or, alternatively, are behind a vaccine plot, and that Holocaust survivor and financier George Soros is behind the BLM protests and a conspiracy to replace white people with people of color. This “great replacement theory” is why neo-Nazis and white supremacists in Charlottesville chanted “Jews will not replace us.”
All of this demonstrates the insidious nature of antisemitism, bleeding into a British Pakistani believing he could access America’s reins of power by taking Jews hostage at a synagogue near the federal penitentiary where an al-Qaida terrorist is being held.
And the reason he went to a synagogue? It wasn’t to stifle religious “freedom” as many have indicated. It was more like Willie Sutton explaining why he robbed banks: That’s where the money was. The same goes for synagogues; that’s where recognizable Jews can be found.
So, when Rev. Brooks laments that “all people of faith can’t fling their doors wide open…” I must respectfully disagree with that universalization. Like the massacre at Tree of Life synagogue in Pittsburgh, this is about hating Jews as a people, who are perceived to have dark powers and control the world. This is not a situation that other houses of worship share with us.
Antisemitism doesn’t care whether a Jew goes to synagogue or has “faith.” Antisemitism is the “othering” or demonizing of Jewish people, as individuals and as a group, which leads to stereotyping, libeling, generating systemic conspiracy theories, violence and genocide. Jews know this. Antisemitism is real; it didn’t start with the Holocaust and Hitler; it continues, and it is dangerous.
As a former JCC associate executive director in Louisville, I know what it is like to make decisions affecting people’s lives in dealing with antisemitism. I had to deal with high alerts issued by the police when a known shooter of Jews, Blacks and Asian-Americans was heading towards us down I-65.
But as a professor who teaches Holocaust theatre/performance and Jewish representations in theatre and popular culture, I also see antisemitism as a system that has evolved towards us that is not due to faith or religious practices. We are a people who occupy a unique insider and outsider status. It is in the enmity born out of this phenomenon that antisemitism lives.
Rev. Brooks asks the readers to contemplate, “How does your faith inform the way you treat others?” Instead, I would encourage them to vigorously interrogate our faith, culture and nationalism and ask how that leads us to supremacy. Only after that kind of soul searching can we genuinely respond to the other – not seeking someone in need of being saved, but as someone who quite possibly is there to save us.

(David Chack is the artistic director of the ShPIeL Performing Identity and a professor of theater at DePaul University in Chicago.)

By Lee Chottiner Community Editor In a historic moment for Louisville’s oldest Jewish congregation, The Temple has hired its first cantor to be its next full-time spiritual leader. Cantor Lauren Furman Adesnik, of Atlanta, Georgia, will succeed Rabbi Joe Rooks …