Months after a fire tore through the roof of the old Keneseth Israel building on Jacob Street, causing extensive damage, a demolition crew finally razed what remained of the historic synagogue on Friday, Oct. 8. “It was determined that there was structural damage, that it couldn’t be corrected, and people were coming and going from the building,” said Ed Wampler, general manager of CDS Demolition, which razed the old synagogue. “It was really a hazard and a liability, so the decision was made to go ahead and take it down.” The building, which had been used as a church for many years after KI’s move to the Highlands, caught fire on March 13. Community will have more details in its Oct. 29 issue.
Rabbi Ben Freed of KI lamented the loss of the old building.
“Even having only been in town for a few months, I have come to understand how important Keneseth Israel’s history is to its members, many of whom grew up at the old KI building downtown,” Freed said. “While we are sad to see the building demolished, we will cherish the memories from that period of Keneseth Israel’s history as we look towards building a bright future together.” 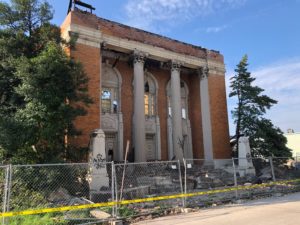 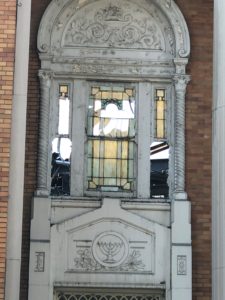 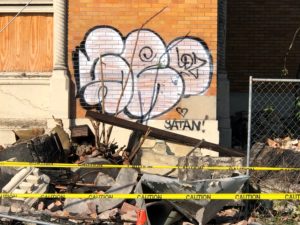 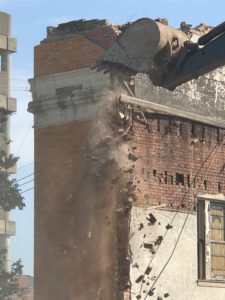 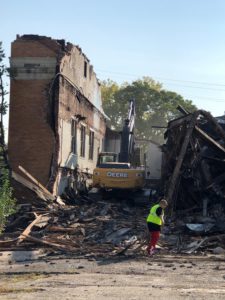 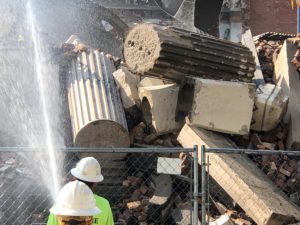 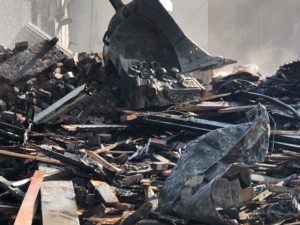 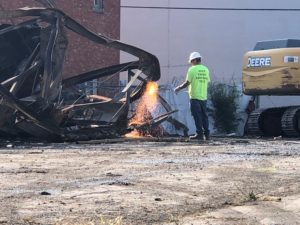 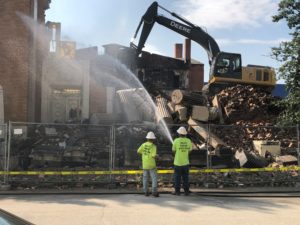 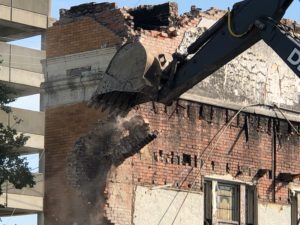 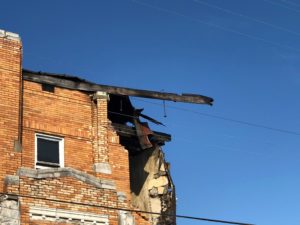 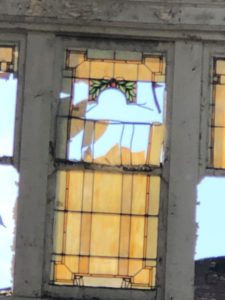 Human Resources Lee Chottiner Anita Zusman Eddy was not surprised by an Oct. 8 incident when a Texas school district official, explaining to teachers what a new law governing race-related subjects means to them, mentioned that they may have to …