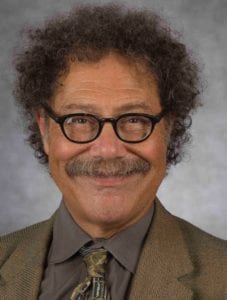 Thanks to a Jewish heritage grant, an historic treasure of Jewish theater will be staged in Louisville next year.
The Jewish Heritage Fund for Excellence has awarded a $60,000 grant to Bunbury-ShPIeL, a cooperative of two theatrical companies, to stage Indecent next February at the Henry Clay Theatre, downtown.
The grant will cover much, though not all, of the production costs for the play. It also will cover costs of next year’s Teatron Festival of Jewish Theatre, administrative expenses, audience engagement and development of other productions.
“JHFE is proud to continue to support the Bunbury-ShPIeL Theatre Project and their efforts to leverage theater arts to connect and spark conversation between the Jewish and greater Louisville communities around race, religion, and social justice,” JHFE Program Officer Jaime Jorrisch said in a statement.
A play by Tony Award-winning playwright Paula Vogel, Indecent recounts the making of the famous, and controversial, play God of Vengeance, by Sholem Asch, in 1923. That play explores the love affair between a prostitute (Manke) and the daughter of a brothel owner (Rifkele). Several subplots are woven through the production, which portrays actual characters, including Asch himself.
“The play is about the play, what’s happening to the cast and the relationships that change the cast,” said David Y. Chack, artistic director of the ShPIeL Performing Identity, who applied for the grant. “It’s basically about a play within a play.”
The play also showcases the “beauty of Yiddish culture and theater,” he added.
Though God of Vengeance enjoyed success in Europe and in the Yiddish theater in New York, the cast was arrested for obscenity when it debuted on Broadway, the staging of a loving lesbian relationship being considered scandalous at the time.
Critics also charged that the play fostered antisemitism for its treatment of prostitution.
Indecent addresses all these issues, and more, as it takes the audience behind the curtain of Asch’s historic production.
For now, Chack said Bunbury-ShPIeL are planning for a live, in-person production, though only about 100 seats will be available per show to maintain social distancing. Rehearsals will start in December.
Every actor will play multiple roles, except for Lemml, the stage manager, who acts as the narrator.
For that role, Chack is bringing in an actor from Los Angeles, Casey Adler, who has previously performed with Bunbury-ShPIeL. Adler has appeared in several films and a daytime TV drama, General Hospital.
The rest of the cast is mostly set, though Chack said he cannot announce them yet.
Indecent has musical elements, featuring klezmer performances. Panel discussions about the play and a Jewish food and music night also are planned.
Chack sees Indecent as another step in establishing a strong Jewish theater presence in the Derby City.
“I’m very interested in building a connection and involving and engaging the Jewish community here and at large – and the LGBTQ community and even communities of color,” he said. “I’m going to be doing some casting that will be interesting in that direction.”

JCRC Scene Matt Goldberg This last year has been a unique one for the Jewish people worldwide. COVID dominated our conversations, with the Delta variant setting us back in our collective attempt to control the disease. A devastating war between …